The Greatest Cards Show Live: Our Review, How and Where to Play

The Greatest Cards Show is a live casino entertainment game played using a money wheel and multiple bonus mini-games. Released by Playtech in 2022, it’s presented in a colorful studio made to look like a travelling carnival.

The Greatest Cards Show boasts an RTP of 96.67% with a minimum bet of $1 and a $100 maximum wager. The game is available on both desktop and mobile.

The arms race to create the best live casino game shows continues as Playtech brings yet another spectacular title to its lineup. It comes with completely unique gameplay and a lot of work put into the details. Is it worth checking out for the novelty alone? That’s what our The Greatest Cards Show review is here to find out. 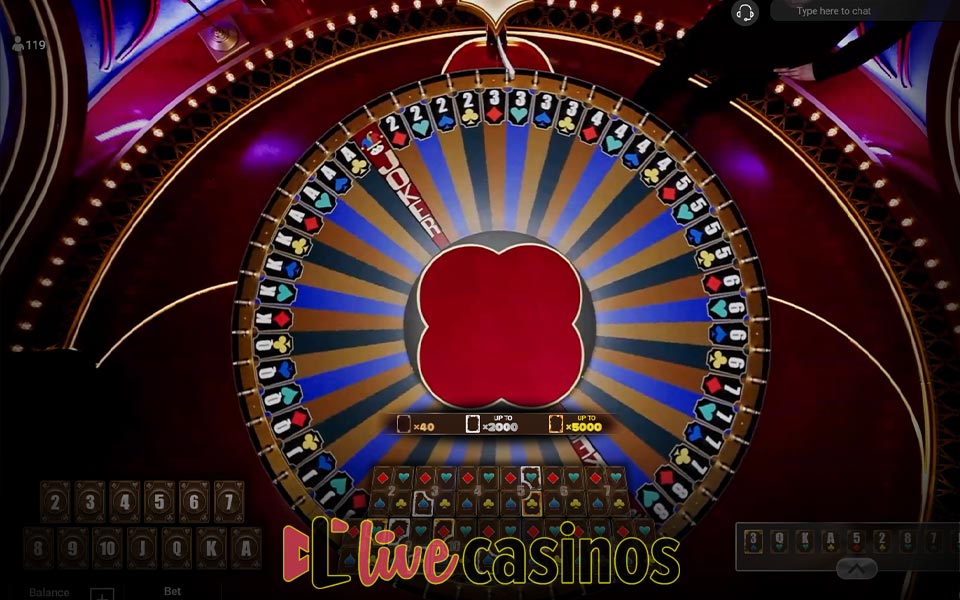 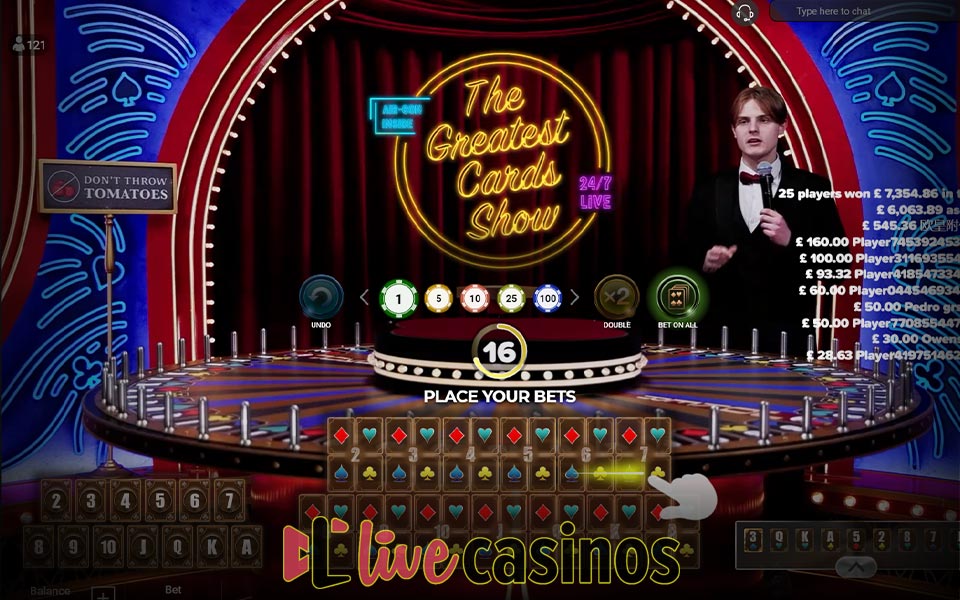 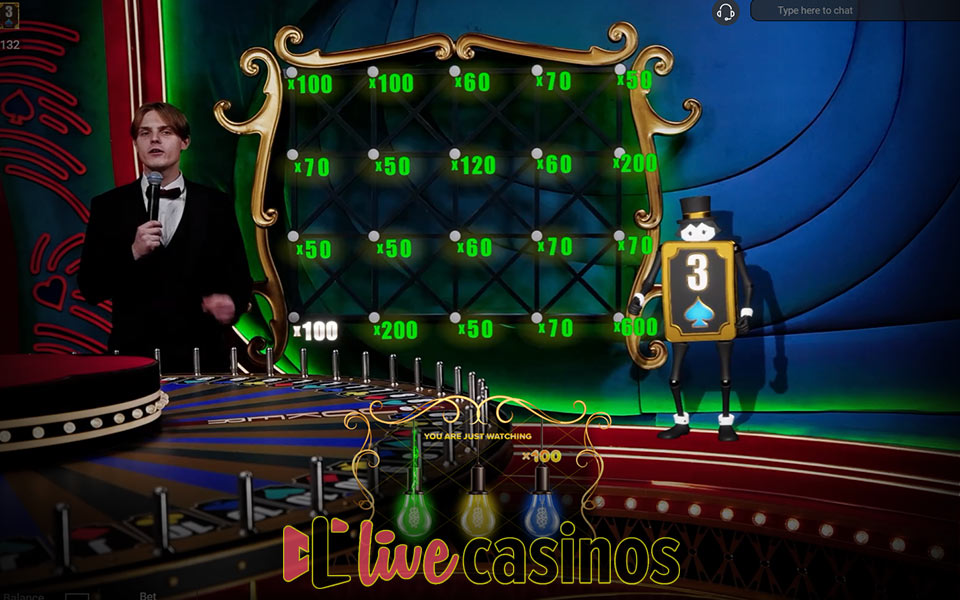 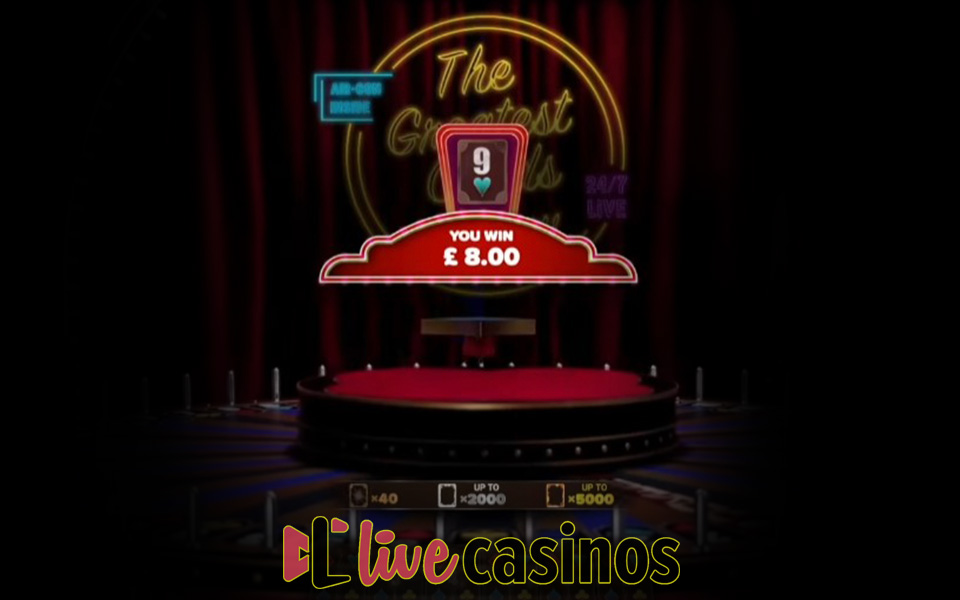 As live casino game shows continue to sweep the industry, top software providers such as Playtech are working hard to bring about new ideas. Creativity is the essential component of every game that doesn’t fit into the typical mould of casino games, after all.

Playtech’s The Greatest Cards Show is one of the latest and most high-budget releases in this niche. Playtech admittedly has a limited offer when it comes to specialized products such as this one – though they did recently release Everybody’s Jackpot Live. It seems they’re continuing the trend of colorful entertainment shows bolstered by powerful augmented reality technology.

Strangely enough, The Greatest Cards Show is not a game about cards. In fact, almost no actual playing cards are involved. Instead, the game uses a big Wheel of Fortune-type wheel to determine the outcome of the main bet. The unique thing about this wheel is that it’s horizontal like in roulette. Some of the bonus rounds are determined by RNG instead, but we’ll get into that later.

This means that it works mostly like Adventures Beyond Wonderland – a successful money wheel-based game from Playtech. If you were looking to play something unique with a standard deck of cards, you’ll have to look at other speciality games.

The Greatest Cards live casino game can still offer a lot if you give it a shot, though. You won’t be able to find such an experience anywhere else. Besides, the 96.67% RTP is strong enough to make it all worthwhile.

40x payout in the base game with bonus multipliers going up to 5,000x

96.67% RTP on average – completely based on chance

How to Play The Greatest Cards Show

The goal of The Greatest Cards Show Live is to predict which segment of the wheel the pointer will land after the presenter spins it. Of course, things can get a lot more complicated once you factor in the special bonus cards.

To play The Greatest Cards Show, simply launch the game and select one or more segments you wish to bet on. The wheel segments are all styled after playing cards. They range from Ace to King and come in all four suits: spades, clubs, hearts, and diamonds. Click on any of the cards on the interface to bet that the pointer will land on the corresponding wheel segment.

If you accurately predict the resulting wheel segment, you win 40x your stake. Note that this refers to the stake used per number, not the total amount. If you’re betting on 12 numbers, you’re technically making 12 separate bets with identical stakes on all of them. They don’t all roll into one as they would in roulette.

There are three bonus rounds and three ways to trigger them. Before every round, between 5 and 12 cards are marked as silver and gold. If you win a bet using a card that was marked as a bonus card, the corresponding bonus mini-game launches. The Joker Bonus Round is the only exception – it kicks off when the pointer lands on the Joker segment.

Scroll down to find out more about The Greatest Cards Show bonus rounds in the Special Features section of this review.

The payout structure in The Greatest Cards Show is simple but quite volatile. Thankfully, there’s not a lot you have to keep track of. Basic wins always pay 40x, and the bonus rounds do a good job of telling you how much you stand to win.

Here’s a short overview of the Greatest Cards Show paytable.

The overall RTP of the game is 96.67%. Based on the fact it pays 40x for a 1.85% chance of winning, the base bet doesn’t have good value in and of itself. Essentially, the bonus rounds exist to even out the house advantage.

There’s nothing we can really compare this game to in terms of strategy, but it’s clearly completely luck-based. That said, it’s a relatively simple game, and there are technically no wrong moves. Just cover enough cards to give yourself a decent shot at winning. Take care to do proper href="https://www.livecasinos.com/blog/live-casino-money-management-tips-tricks/">money management, however.

Make sure to choose the game that suits your taste and budget. For more extensive guides on live casino games and strategies, check out this page.

It’s time to finally dig into The Greatest Cards Show bonus rounds and how they work. As pointed out above, there are three in total.

The Spotlight and Light Show bonus games are both triggered the same way. Up to 12 segments of the wheel are marked by silver and gold outlines. If you place a bet on a card, it’s selected as a bonus round, and you win the bet – you participate in the bonus round. The Joker Bonus is the only exception, which we’ll explain later.

The Spotlight round is triggered if you win a bet on a card marked by a silver outline. More silver cards appear than hold ones each round, but they have a smaller potential for profit.

All players with a bet on the winning card participate in the bonus. You don’t have to do anything, though – just sit back and let it play out.

Your winning card will appear on the screen as an anthropomorphized character. It will then walk towards one of three spotlights marked by different multipliers. These multipliers range from 50x to 2,000x.

If you win a bet on a card marked by a gold outline, you participate in the Light Show bonus.

The first time it kicks off, you get to pick between three color light bulbs. There’s no real logic as to which one you should pick, so it doesn’t really matter. All the rewards are random anyway, so just go with your gut.

A 5×4 grid with 20 spots will appear on the screen. A random multiplier between 50x and 5,000x will be assigned to each spot. Then, a colored spot will bounce between them in a random pattern. Whichever multiplier your chosen color lands on is your payout for the round.

Whenever the wheel lands on the joker, you get a chance to participate in the Joker bonus round. Having a placed bet doesn’t automatically qualify you to participate, though. You can’t place a bet on the Joker segment of the wheel.

Instead, the wheel will spin again to determine which players will take part. If this second spin of the wheel lands on a card you bet on, you can earn a large payout in the bonus game.

The mini-game is a sort of battle between the four card suits. Once it kicks off, each suit is randomly assigned a multiplier of up to 1,000x. Your job is to pick one of the suits. The four cards will then face off against each other, and the winners are determined randomly. Whichever card manages to keep juggling linger wins. The four suits are then ranked into three places based on their performance in the duels. One type of card wins first place, another wins second, and third place is shared between the remaining two.

All players participating in the Joker Bonus in The Greatest Cards Show win the multiplier assigned to the card they picked at the beginning. To be clear, merely getting to this bonus game guarantees some sort of profit. The card you picked will determine the size of the payout, though.

The Greatest Cards Show casino game presents an interesting alternative for fans of online roulette. Most of the gameplay looks and feels like roulette with a lot of game show elements thrown in to make things feel more unique. We know for a fact that many roulette players enjoy targeting roulette wheel sectors, and this game makes it incredibly easy to use such a strategy.

That said, the bonus games themselves feel a bit underdeveloped. They’re fun and all, but we would have preferred some more interactivity and excitement. As it stands, Adventures Beyond Wonderland seems like a better choice if you’re looking for a stunning Playtech live game show.

We can still safely recommend you play The Greatest Cards Show for real money if you want to try out something new. Just temper your expectations in terms of what the bonus rounds can offer.