Live Bull Bull (Allbet Gaming): Our Review, How and Where to Play 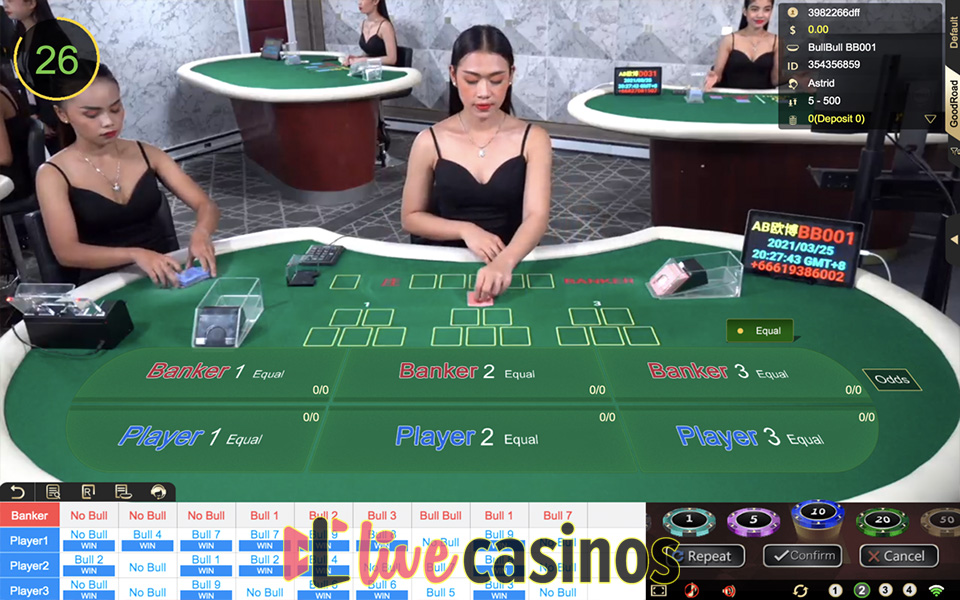 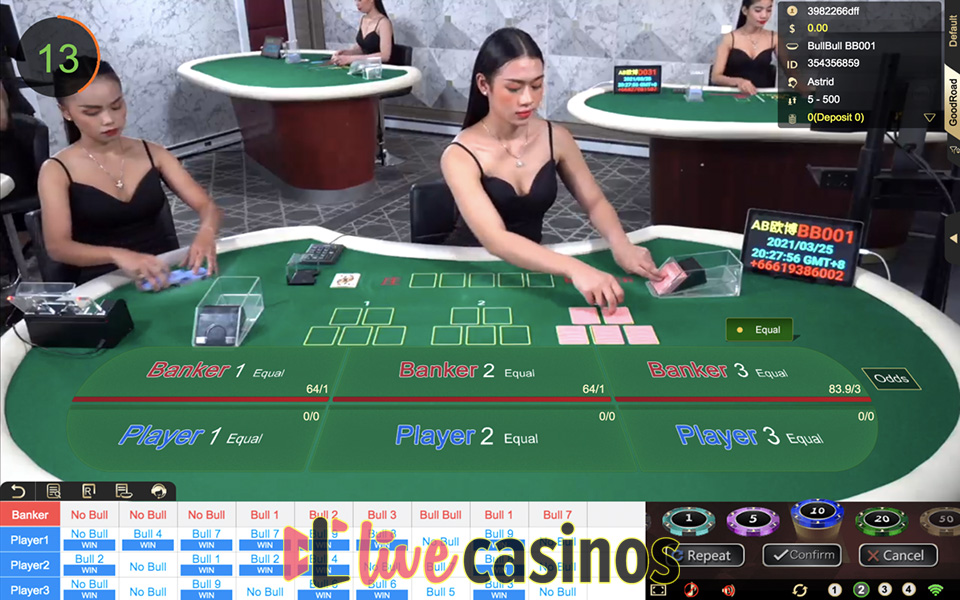 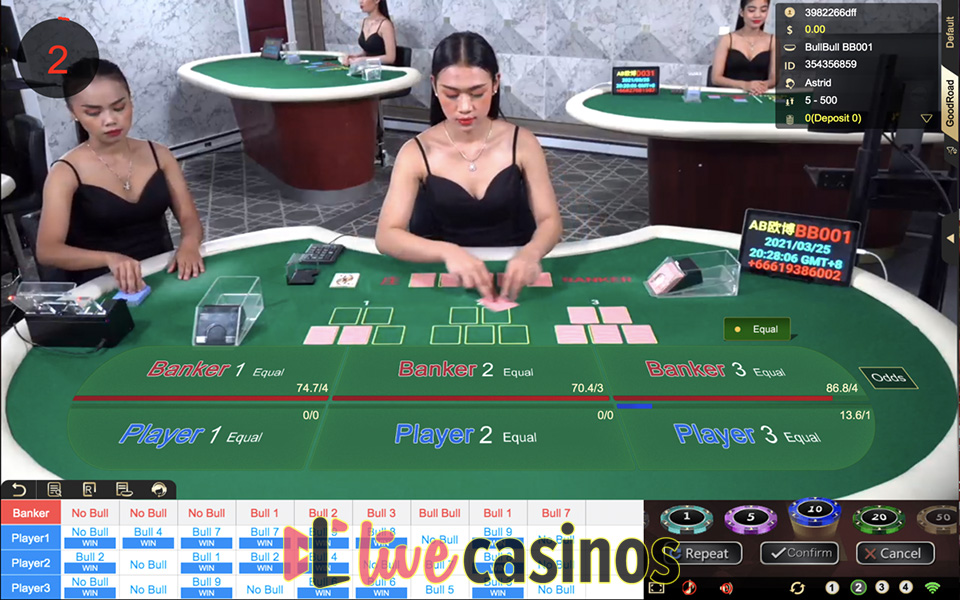 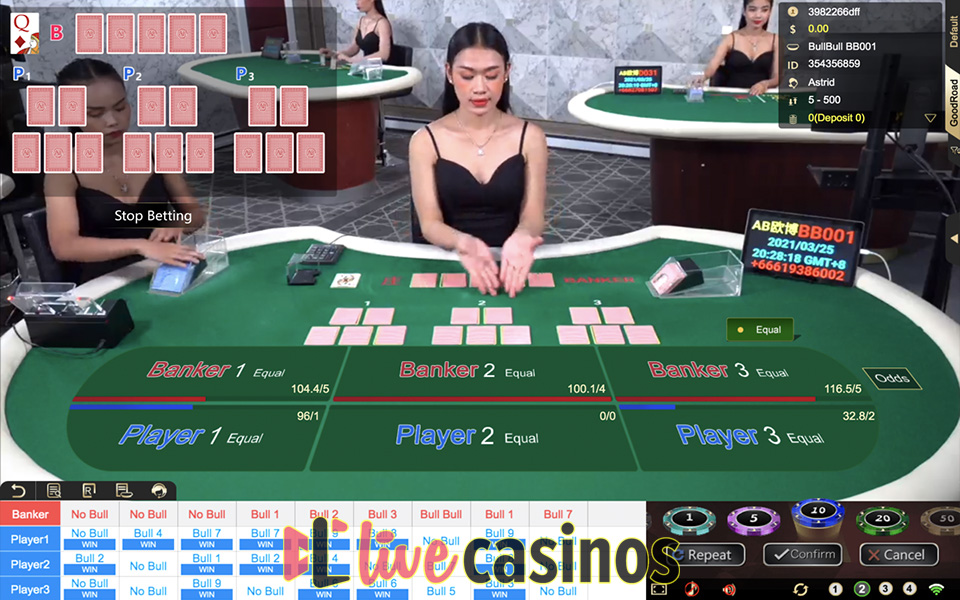 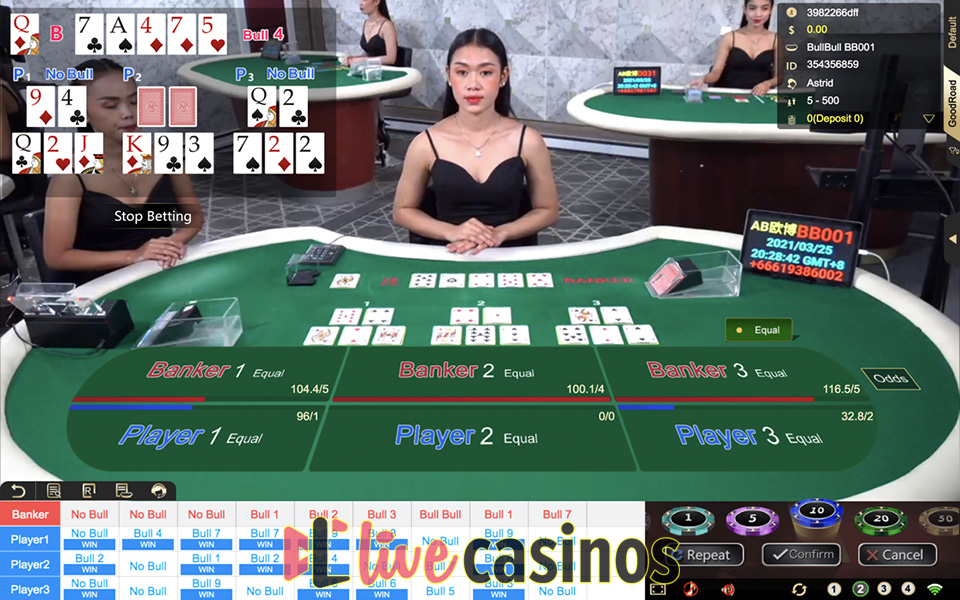 The game of Bull Bull originates from China. It is a traditional Asian game widely played across the continent under the name Bullfight or Niu Niu. It is particularly popular in Fujian, Guangdong and Guangxi of Mainland China, Vietnam and Taiwan. Allbet offers a live dealer version of this game at selected casinos only, for instance at Dafabet at the Black Pearl Club.

As most card games, Live Bull Bull features simple game rules; the concept revolves around obtaining the strongest “bull”, the strongest hand. The players compete against the Banker. Allbet’s Live Bull Bull employs one conventional deck of 52 cards without Jokers. Each round starts with a new, fresh deck of cards, shuffled before the dealing begins.

Great balance between real table and digital elements on screen

Live Bull Bull is a card comparing game like any other. The players can’t affect the cards that are drawn, but they still control their betting decisions, and that’s what makes the game exciting, in combination with pure luck. The version brought by Allbet may not the perfect by some players’ standards, but it is well executed and available across all platforms thanks to the implemented HTML5 technology.