Live Dragon Tiger AGIN Vegas: Our Review, How and Where to Play 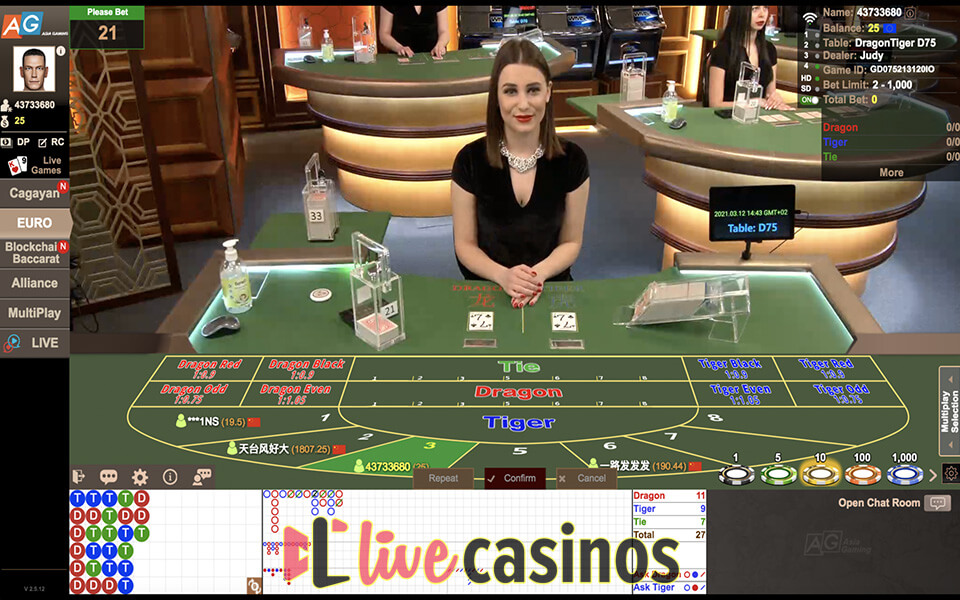 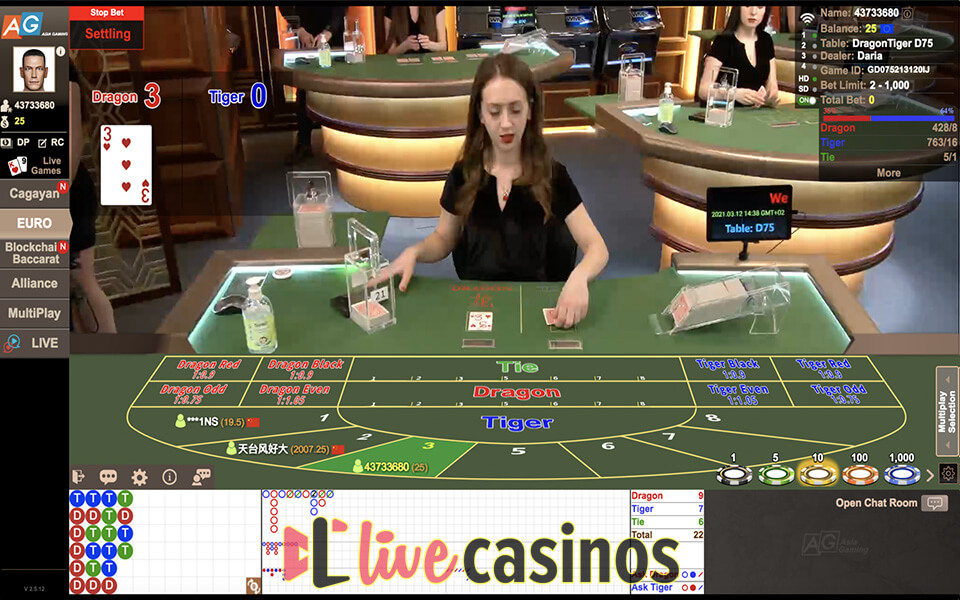 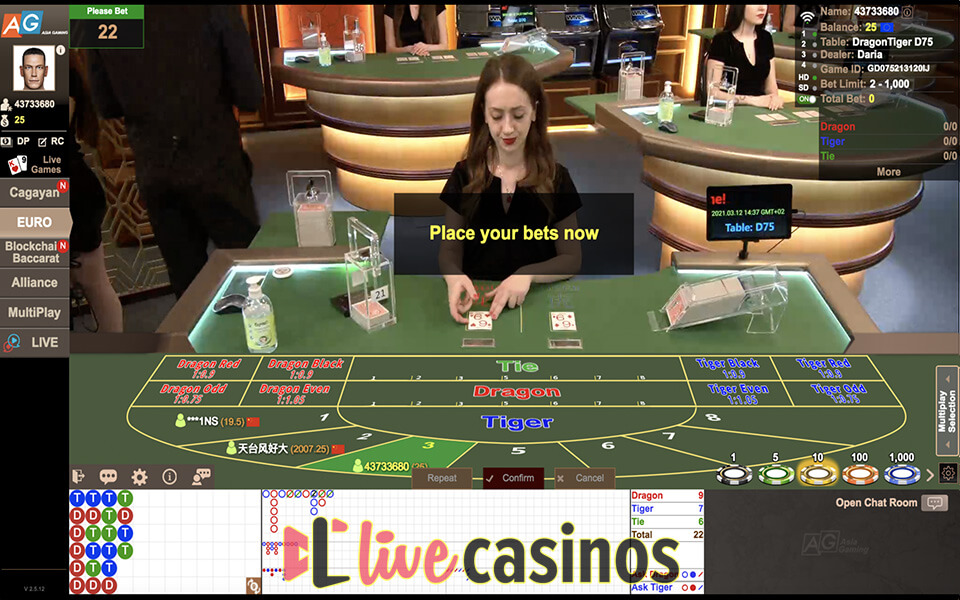 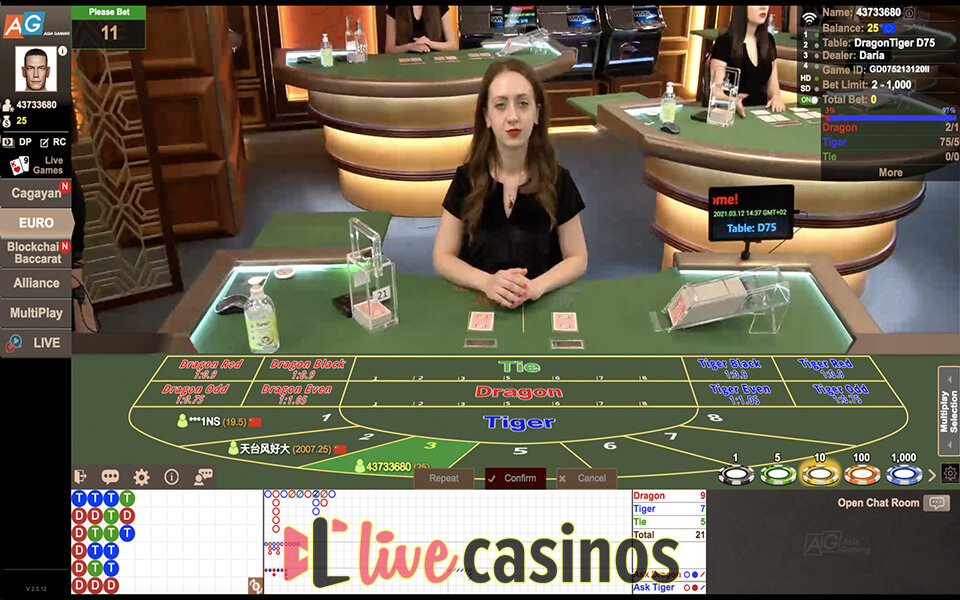 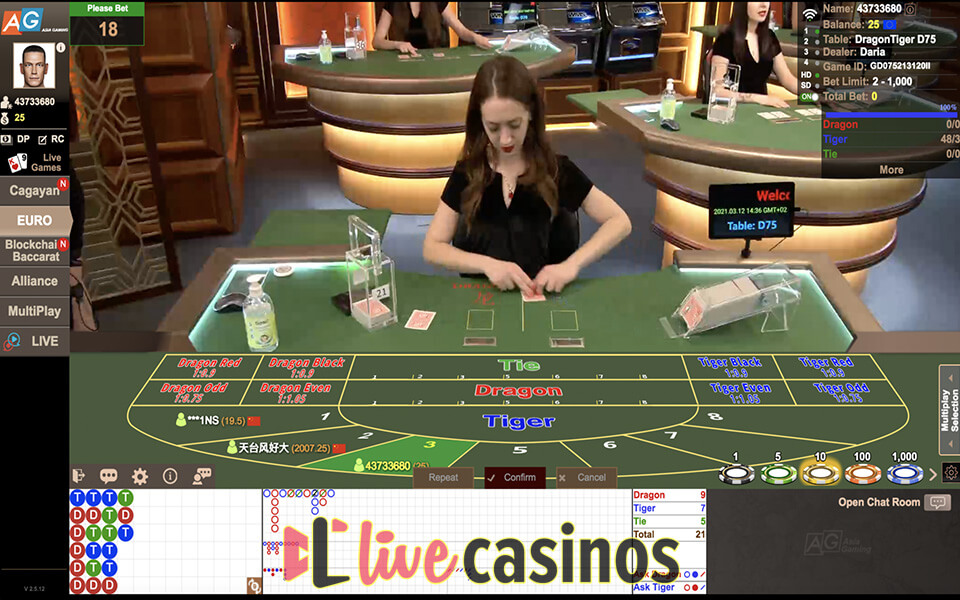 Often described as a version of two-card baccarat, Dragon Tiger is a highly popular casino game in Asia. It is said to have originated from Cambodia and it symbolizes the battle between Yin and Yang. Some people consider it to be just an Asian version of Casino War. Be that as it may, Dragon Tiger is becoming increasingly popular even outside of Asia due to its simple rules and swift rounds. The resemblance with baccarat comes from the fact that the bettors do not play against the dealer. They rather choose the hand they wish to bet on.

Unlike baccarat, where each of the hands receives two cards, and sometimes the third one before the hand totals are evaluated, in Dragon Tiger each hand receives only one card. These are compared and the higher one wins, it’s that simple. Such game configuration allows for three basic bets and every live casino software developer known to produce live Dragon Tiger adheres to these guidelines, including Asia Gaming. Live Dragon Tiger AGIN Vegas can be played at Live Casino House, with a human female dealer streaming from the company’s large Philippine studio.

Fast-paced gameplay with the simplest rules

Full-screen view, plus the cards are shown in digital representation

Available in Mandarin, Cantonese and English

Ability to adjust the quality of the stream

Even though Asia Gaming Live Dragon Tiger AGIN Vegas does not feature any side bets, it offers straightforward gameplay with plenty of excitement and opportunities to win, if you play wisely, of course. Live Dragon Tiger is a game of chance, but the player’s capabilities to place wise bets are also incorporated into the overall gaming experience. Asian Gaming offers live dealer Dragon Tiger to gamblers who want that traditional, deeply Asian feel while they play.