Live Baccarat (VIVO): Our Review, How and Where to Play

Live Baccarat by Vivo Gaming is a live dealer baccarat game released in 2013. It boasts an RTP of 98.94% with a minimum bet of $1 and a $200 maximum wager. The game is available on both desktop and mobile and streams from one of several world-class live casino studios.

Though Vivo Gaming’s live table baccarat games may not be different in terms of mechanics, they certainly come in a variety of flavors. With several tables from different studios available at all times, there’s certainly a lot to unpack in this Vivo Gaming Live Baccarat review. 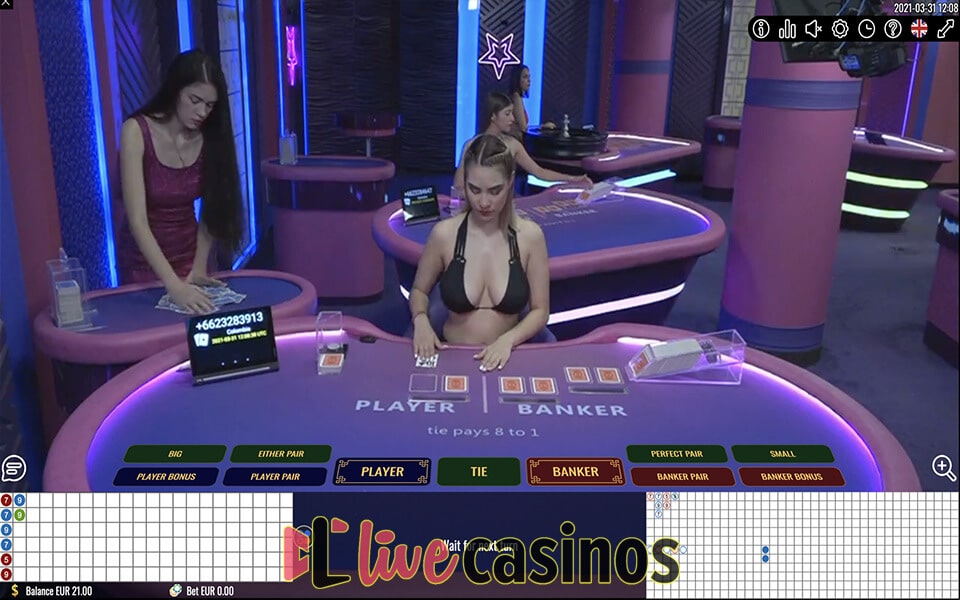 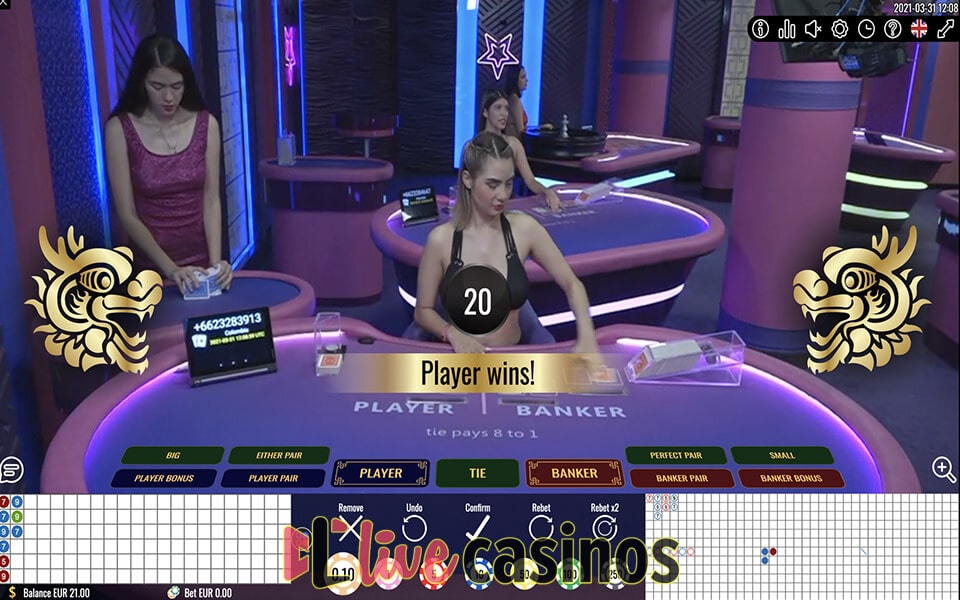 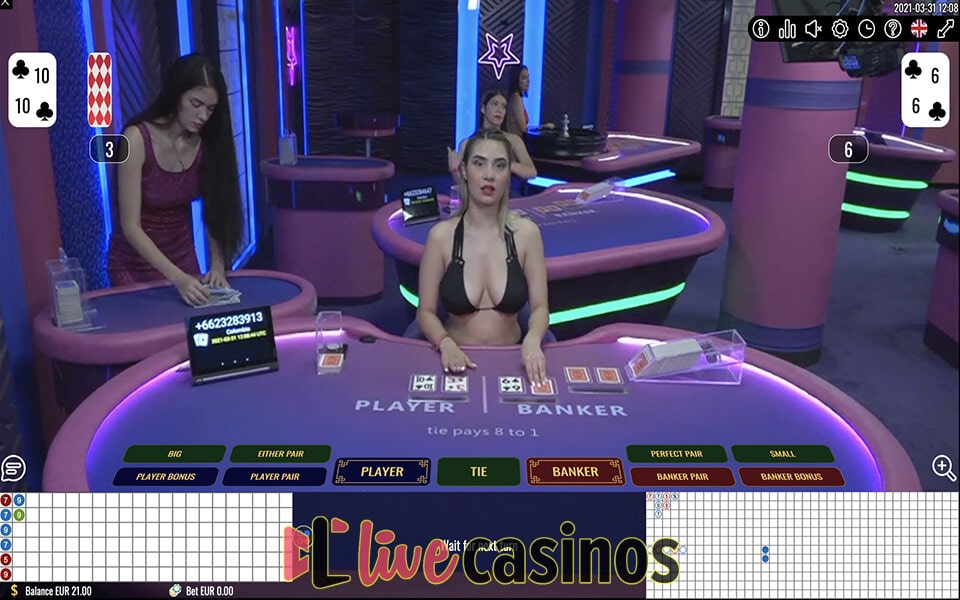 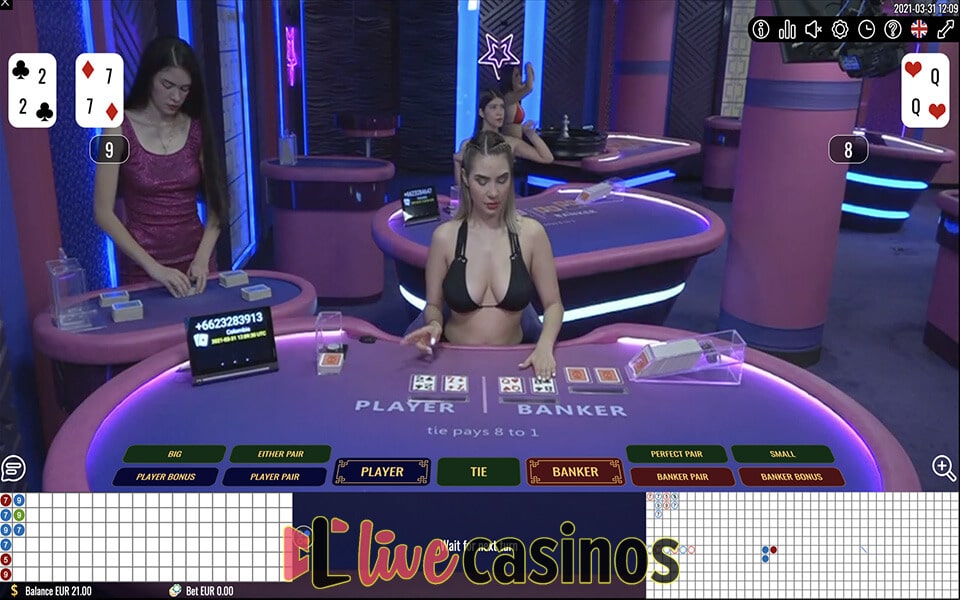 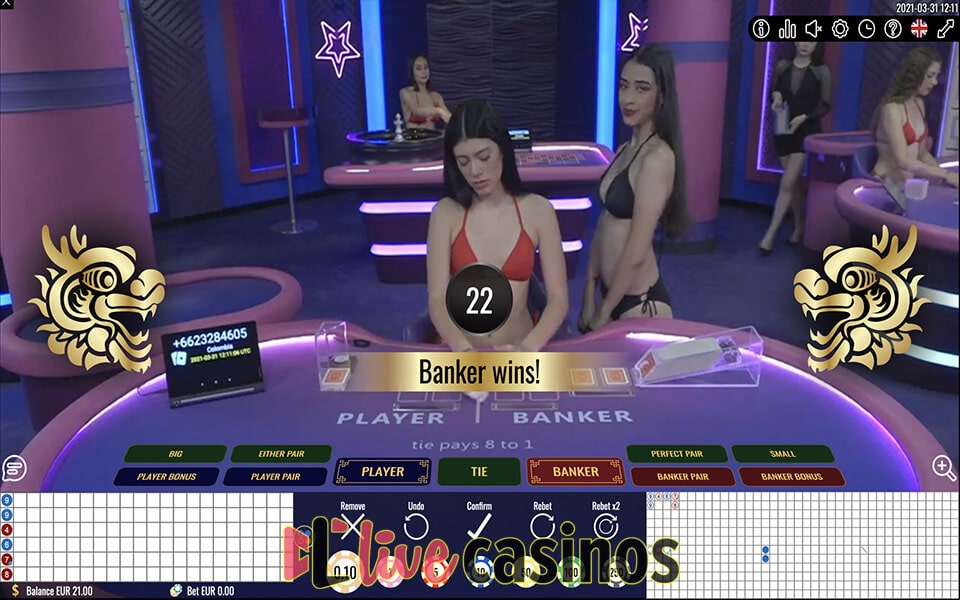 When it comes to Live Baccarat, no one does it quite like Vivo Gaming! Broadcast live 24 hours a day, 7 days a week from studios located all over the world, Vivo hosts dozens of different tables with live dealers. To make matters even better, each one provides an optional 2D and 3D experience. Apart from bringing you one of the most popular card games in real-time, Vivo’s Live Baccarat sessions include speedy bets, early draws, game history, and other in-game advantages.

Mechanically, all of them are identical, so we won’t split them into separate reviews. However, they’re all feature-rich, and you’ll need some info to know how Vivo Gaming live casino baccarat works.

Multi-language support for this title comes in two forms – native-speaking tables and UI languages. As for the former, Vivo Gaming boasts tables in English, Turkish, Portuguese, Spanish, and Mandarin. Whether you can play Vivo Gaming Baccarat in these languages, however, depends a bit on the casino you’re playing with. Most tables are conducted in English.

Wide range of side bets and quality features

How to Play Live Baccarat

If you are a baccarat first-timer, do not fret – Vivo clearly thought of everything. The game is equipped with advanced controls, live chat, detailed roadmaps, baccarat rules that you can study even during the live session. In case of any problems, the players can refer to the “report issue” tab next to the live screen.

The cards are dealt from a shoe that contains 8 decks, which are shuffled after 6 have gone by. The players place their bets on one of the marked fields, for which they have around 15 seconds. The dealer then places two-card hands on the two main betting areas (Player and Banker). There are also side bet areas, such as Big, Perfect Pair, Player Pair, Banker Pair, Either Pair, Small and Player/Banker Bonuses. Each field has a different payment ratio with a bet range from $1 to $200.

Like in all live baccarat games, the side that gets closer to 9 wins. All cards that are drawn count as their face value towards meeting this goal. The only exceptions are Aces which count as 1 and 10+ cards which all count as 0. Additionally, a third card may be drawn in some circumstances.

Not only do the online players have a full view of the table, but can also refer to virtual cards displayed in the left corner of the screen. On the right, a table with chips, payment ratios, and additional buttons is laid out. The banker’s and the player’s card hands are also shown on the scoreboard below, next to the balance, latest bet, and winning information box.

Vivo Gaming distinguishes itself from the competition through its huge selection of various studios. The video below showcases several of these, along with different live baccarat rules and tables. It’s slightly outdated at this point, but who can show you around better than Vivo themselves?

As we said, though, some things were changed since the video was made. First of all, the interface nowadays is vastly superior and easier to read. Secondly, the stream quality and overall production value have gone up as well.

Vivo Gaming Baccarat payouts are pretty much industry standard. This includes even money on Banker/Player bets, with a 5% commission on the former. Tie bets also offer the standard 8:1 payout. As such, the side bets are your main concern here. There’s a lot of them – though their various payouts are in line with industry standards as well.

These many side bets leave us with a lot of different RTP rates, though. We’ll list them below so that they can be easily compared.

This makes it clear why we recommend sticking to Banker/Player bets as the best baccarat strategy to win. Player Bonus is the only side bet with comparable RTP.

Remember that LiveCasinos.com isn’t here just for live casino game reviews. We also handle guides and strategies, helping you get the best start possible. For instance, we’ve covered various online live baccarat guides. Start with this Live Baccarat strategy guide, and then check out our Live Baccarat tips and tricks.

Make sure to choose the game that suits your taste and budget. For more extensive guides on live Andar Bahar basics, read this article.

We briefly went over the various UI elements above. However, one important Vivo Gaming Baccarat feature remains to be addressed – the side bets. This title boasts more of them than almost anything else on the market. Sure, none of these side bets is particularly new or unique, but having them all in the same place is sure to attract some players.

With that in mind, let’s quickly go over how Live Baccarat side bets work.

Our Verdict of Live Baccarat (VIVO)

By implementing a risk management system and employing an additional regulatory team to supervise the player’s activities, the player-first approach makes you feel welcome.

There are no special requirements to launch the live session – the gameplay runs smoothly on its own. Vivo’s Live Baccarat sessions are just about the closest you can get to the real-life casino atmosphere without setting foot in an actual gambling parlor.

Variety is the spice of life, and Vivo Gaming seems to have taken this to heart.

If you want to play baccarat live for real money using as many side bets and different table rules as possible, Vivo is the choice for you.

No. Vivo Gaming live casino products are all tested and vetted for fairness. The house always has an edge, of course, but that much is a given when it comes to gambling. Everything about Live Baccarat by Vivo Gaming works exactly as advertised.

Can I play Vivo Gaming Live Baccarat in Hindi?

Yes and no. While there are currently no native-speaking live baccarat tables in Hindi, you can set the language of the interface to that language.

Can I play Baccarat by Vivo Gaming for free?

Unfortunately, no. There is currently no Vivo Gaming Baccarat demo version available to the general public. In other words, you’ll need to register for a live casino and deposit real money to play.

Can I play Live Baccarat by Vivo Gaming on mobile?

Yes. Android and iOS phones are some of the supported platforms for this live casino baccarat game. The interface is fully optimized for use with mobile screens and controls, as well as tablets.

No. The game was made with HTML5 and can be played straight from any internet browser. The same is true for mobile versions and any live casino apps you may have.

What is the best Vivo Gaming live casino for baccarat?

There are a lot of options to chose from, depending on where you’re from. For instance, Drake Casino is great for US-based players, Live Casino House for players in Asia, and 1xBet is always a solid choice for everyone else.