Live Dragon Tiger Shanghai: Our Review, How and Where to Play

Live Dragon Tiger Shanghai is an online live dealer casino game released by SA Gaming. It boasts an RTP of 96.27% with a $1 minimum bet and a $500 maximum wager. The game is available on both desktop and mobile and features a robust interface for Asian casino fans.

SA Gaming have a long-standing history as one of the best casino software providers in Asia. Their titles are relatively simple, but nonetheless good at what they do. In this Live Dragon Tiger Shanghai review, we’ll take a look at how the game holds up against the competition. 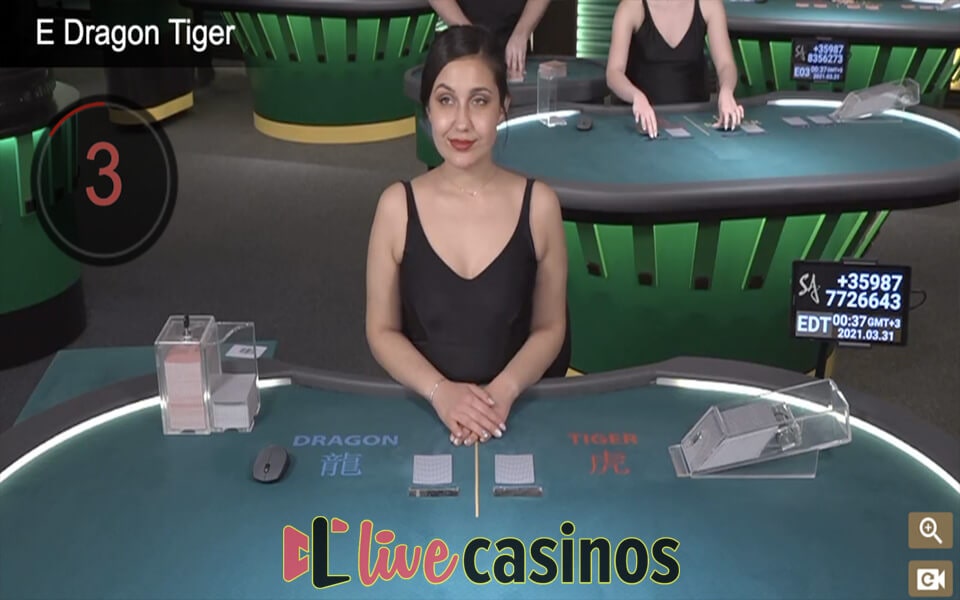 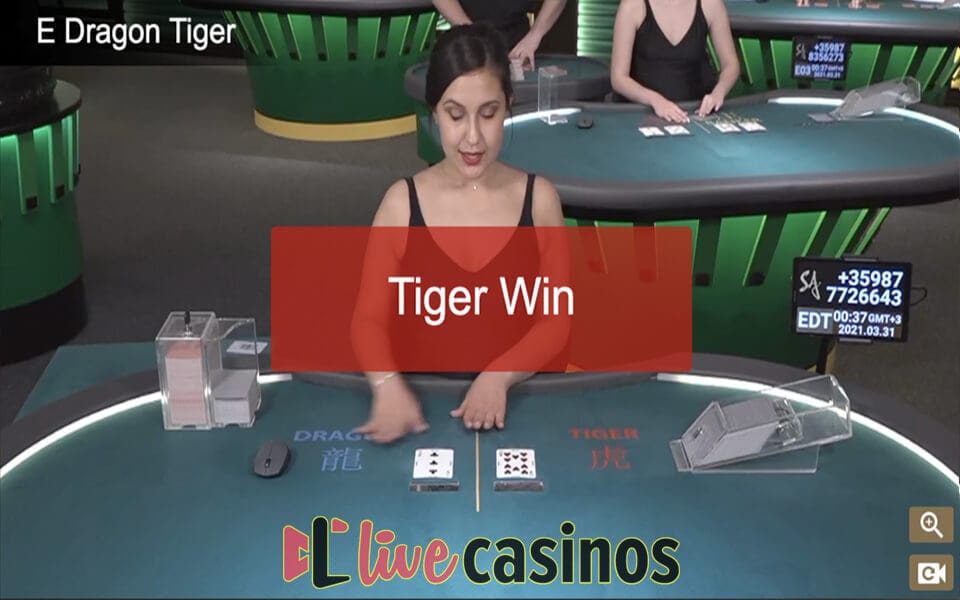 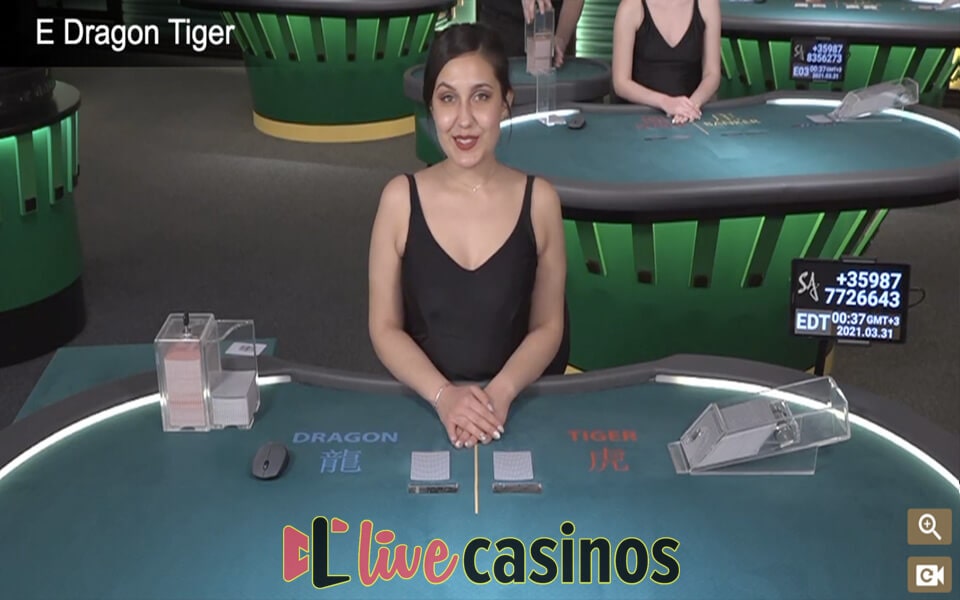 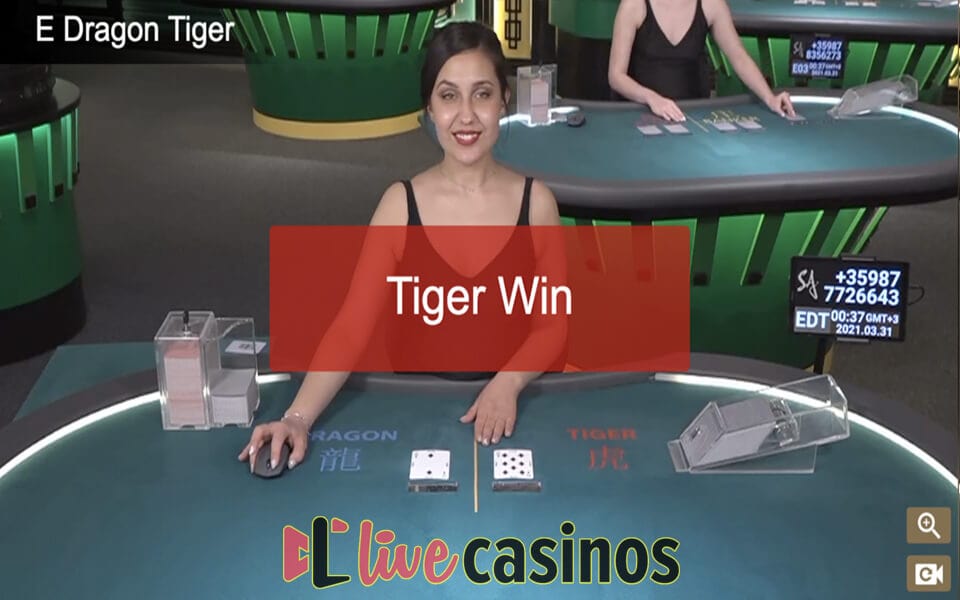 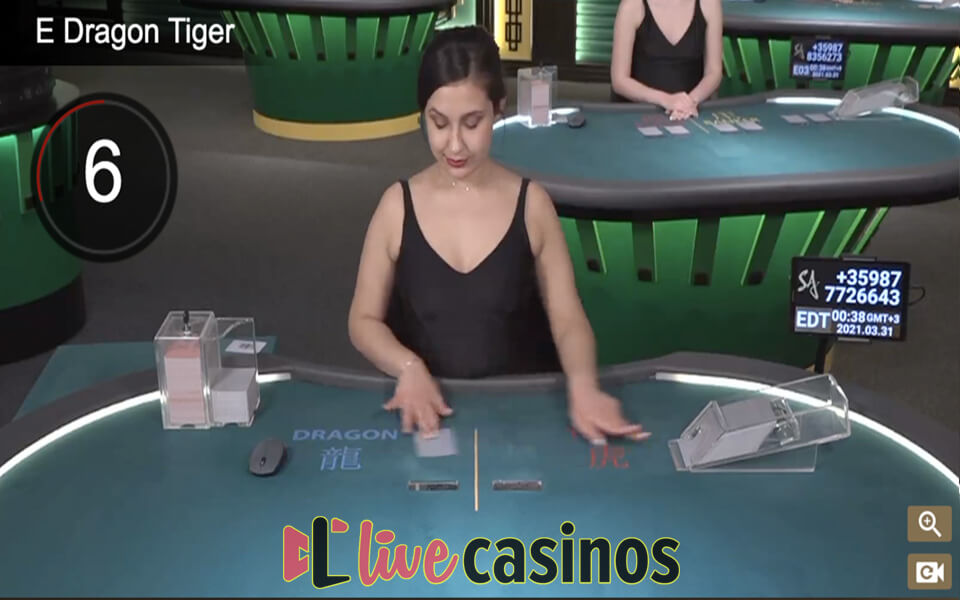 Dragon Tiger is not a game commonly found on Las Vegas casino floors. However, this simple card game is very popular in Asian casinos, in places like Macau and Cambodia particularly.

If you don’t have access to these destinations, do not worry. SA Gaming will solve your problem by giving you the chance to try out live dealer Dragon Tiger from the comfort of your home. SA Gaming Live Dragon Tiger Shanghai is available on several top live casino sites. It represents one of the better options offered to the Asian audience when it comes to this speedy, simple gambling game.

Numerous fans of card games and experts on the subject refer to Dragon Tiger as a two-card version of baccarat. They are not mistaken, as Dragon Tiger is indeed very much like baccarat, except that the two opposite sides battle with one card each.

The dragon and the tiger are two powerful creatures from the Chinese culture, which is why their presence is important on the betting table. Live Dragon Tiger Shanghai depends on pure luck, which is the nature of live Dragon Tiger games. It also offers customers attractive opportunities to place wagers and enhance their balance should good fortune take their side.

The simplest gameplay in the world of card games.

Half the bet is saved if the player bets on Dragon/Tiger and Tie wins.

Robust interface with plenty of information and statistics.

The cards are drawn by native Asian dealers.

The game is played with 8 decks of 52 cards, without jokers. The players are given a specific time to place their bets after which the croupier deals one card to the Dragon and then one to the Tiger. The points are completed after that initial drawing of the cards. Live Dragon Tiger Shanghai gives the players a 20-second window to decide which bets to wager on. Deciding shouldn’t be hard as there are three basic bets in the game: Dragon, Tiger, and Tie.

The card with the higher value wins. When there is a tie, none of the two sides wins, only the players who placed their bets on Tie. However, if your bet loses due to a tie, you’ll still receive half your stake back.

The Dragon and Tiger bets are pretty much identical. Both have the same chances of winning, and both pay out even money.

The dealer does not represent either Dragon or Tiger. She only deals with the cards and announces the winning points. Suits are not considered in Dragon Tiger – only the face value of the cards. The King is the highest card and it has a value of 13 points. This means that the Ace counts as 1, which means it’s the weakest card in the game.

Players who believe roadmaps may lead them to more frequent wins may keep track of the outcomes of previous rounds on the side. In fact, information on previous rounds takes up the majority of the screen. That’s why players who enjoy chasing hot or cold bets might prefer SA Gaming Live Dragon Tiger to the competition.

Since there are only three possible outcomes in Dragon Tiger, there are only three payouts. Things are even easier to keep track of when you consider that two of these bets are identical. All in all, just remember that the Dragon and Tiger bets pay even money. The Tie bet has returns of 8:1, but comes with a very steep house edge. You can see the Live Dragon Tiger Shanghai payout table below.

According to these returns, the Dragon and Tiger bets boast a decent RTP of 96.27%. Tie bets are the only outlier with an abysmal 67.23% RTP. That’s why most experts advise players to stay away from Tie wagers. They have one of the steepest house edges in casino gaming.

Make sure to choose the game that suits your taste and budget. For more extensive guides on live Dragon Tiger basics, read this article.

There are no side bets in this variant of the Dragon Tiger casino game. This narrows your options as a player, but at least you won’t have to learn more rules.

The SA Gaming interface is somewhat unique in the world of live casinos. On one hand, it looks fairly dated in this day and age. The design is rather rudimentary, and the screen is very crowded by today’s standards. That said, the screen offers a lot of information for math-oriented players. Detailed roadmaps and stats on the past 200 rounds or so are readily available at all times.

The various options and settings can be found at the bottom of the screen. These include language settings, audio, and some minor ease-of-use tweaks. Interestingly, the fame does not feature a live chat function, despite the overbearing user interface.

Despite the game’s focus on the Asian market, Live Dragon Shanghai tables are in English. By that, we’re referring to the language the dealers are speaking. However, players who want to play Live Dragon Tiger Shanghai online in their native language have two ways of doing so.

First of all, they can select auto-generated voice lines to play instead of the dealer’s voice. These essentially allow you to listen to what’s going on in the game in other languages, including Mandarin, Cantonese, Thai, Indonesian, and Hindi. These pre-recorded messages are rather bland and won’t replace an actual dealer, but the added accessibility is still nice.

It has the simplest rules one could ever ask for in a card gambling game. While some variants of live casino Dragon Tiger include additional bets like Suited Tie or Big/Small, the one provided by SA Gaming sticks with the basics.

One only needs to keep in mind that the Ace is the lowest card, and the rest is a picnic.

This title may seem a bit rough around the edges at times, but it’s still a rather practical live casino game. It’s also very straightforward when it comes to the type of player it attracts.

If you’re looking for a classic game of Dragon Tiger and prefer practicality to spectacle, you’ll enjoy this one.

Can I play Live Dragon Tiger Shanghai for free?

Yes, actually. All SA Gaming live dealer casino games can be tried in demo mode. You can do so on the official website, here.

Where can I play Dragon Tiger Shanghai?

You can find a list of several top SA gaming live casinos here. If you need a quick suggestion, Dafabet is an excellent live casino catering to Asian players.

What is the RTP in Live Dragon Tiger Shanghai?

With multiple remote gambling licenses worldwide, SA Gaming is a respected company, and its products are vetted for fairness. As long as you’re playing at a safe, legal online casino, you can rest assured that the game is as fair as can be. Of course, the casino is always at a slight advantage due to the house edge. This is true for all casino games, though.