Gonzo’s Treasure Hunt: Our Review, How and Where to Play 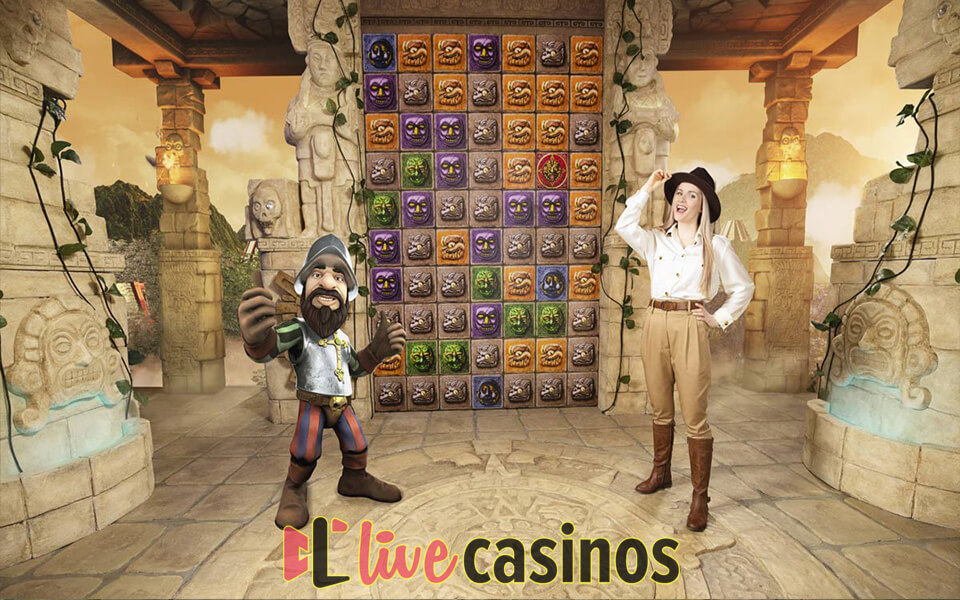 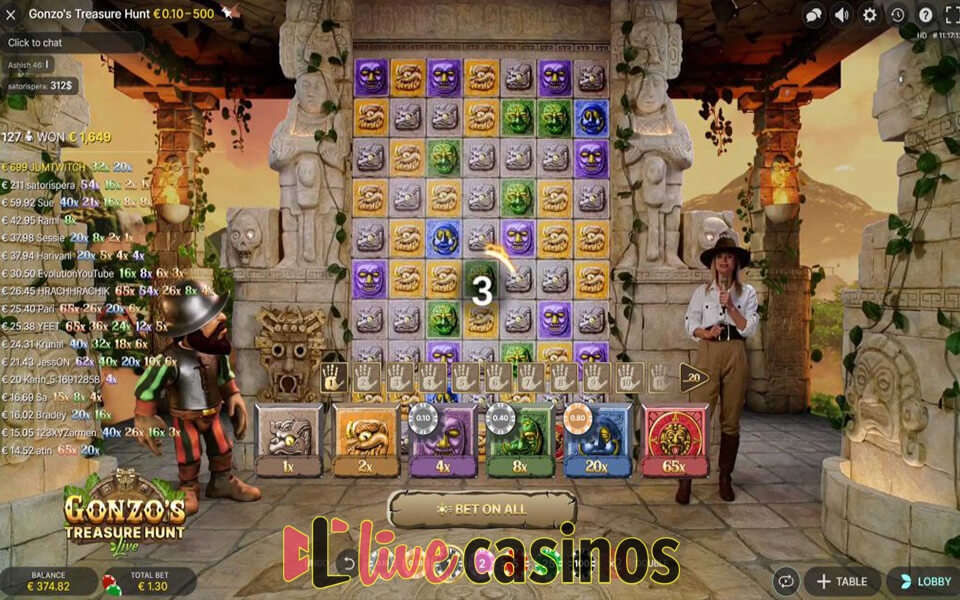 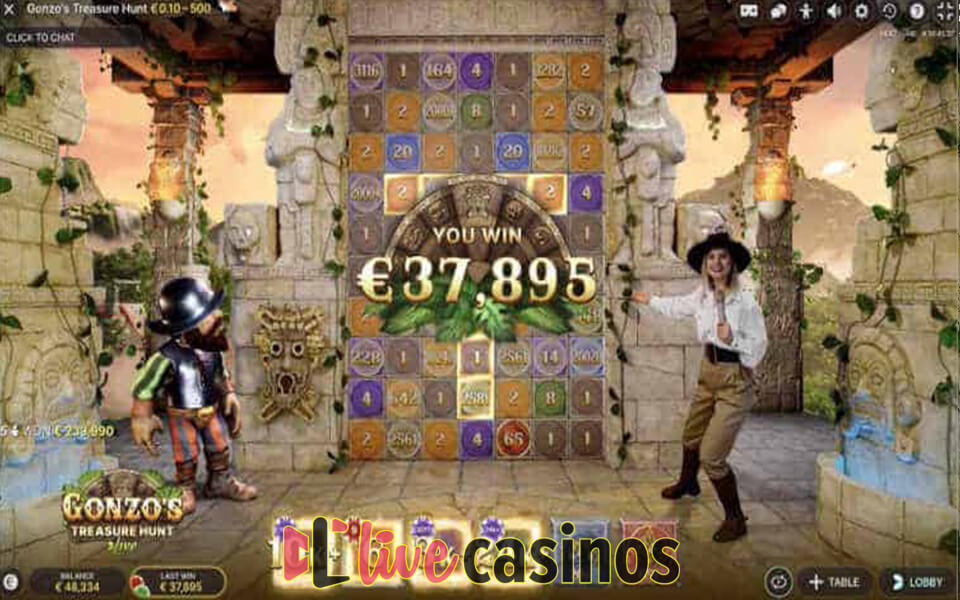 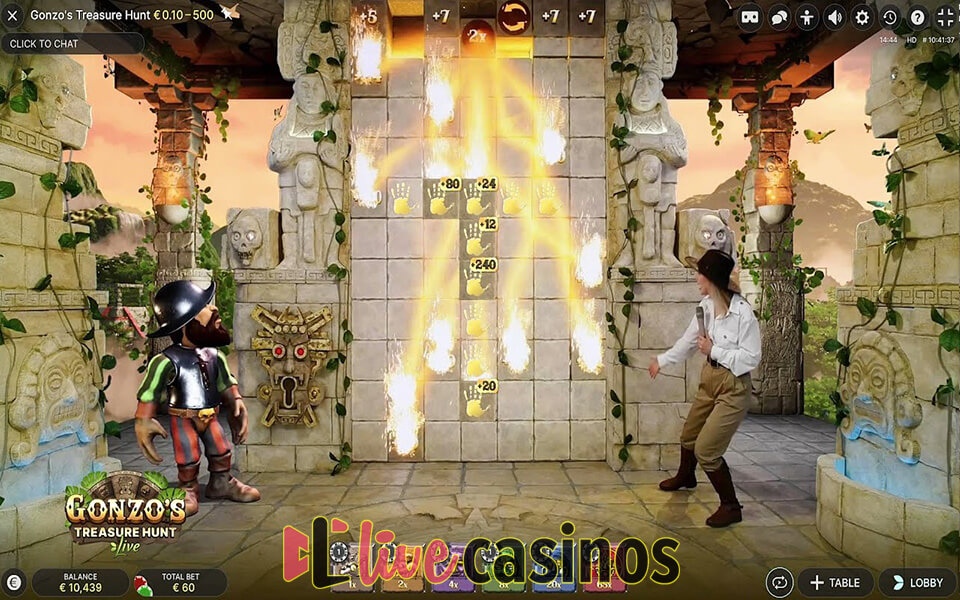 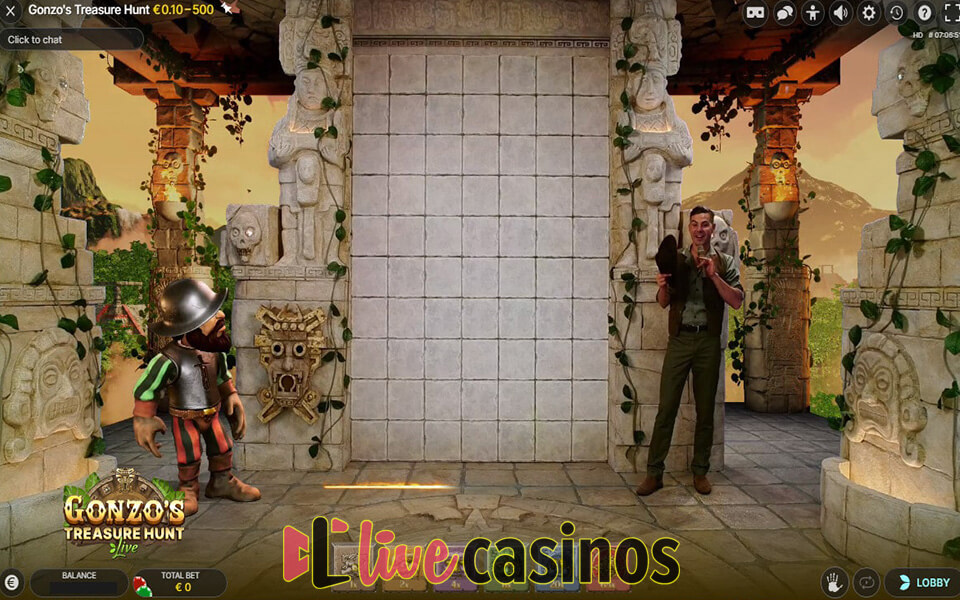 Gonzo’s Treasure Hunt by Evolution is a new live casino game by one of the largest software providers in the industry. Released in March 2021, this game is a new concept to live table casinos. We’ve seen some unique ideas among top live dealer games, but this one takes the cake. In terms of gameplay, it’s completely different from any other live casino games we’ve seen. Inspired by the hugely successful series of Gonzo slots, this title puts you in the shoes of a treasure hunter. We’ll get to the mechanics later in this Gonzo’s Treasure Hunt review. Let’s focus on the presentation first.

The first thing you’ll notice is the stunning computer-generated background. It looks like an ancient temple straight out of an Indiana Jones movie. There’s a single presenter as well, dressed in much the same way. Of course, he’ll be joined by an animated Gonzo, the wacky character Evolution Gonzo’s Treasure Hunt is named after. Throw in some high-quality video and sleek Evolution interface, and it’s already looking like a recipe for success.

Approximately 96.56% RTP, which outshines the original slot and is otherwise good for specialty games.

Gonzo’s Treasure Hunt Live was built as an original idea from the ground-up.

Engaging dealers working to make the experience even more exciting.

6 types of wagers and bonuses that can push winnings up to 20.000x your stake!

New live casino games by Evolution are always a cause for excitement. They’re really pushing the technology of augmented reality to new heights, to spectacular results.

If you’re getting tired of the same-old of classic live table casino games, these innovative titles are just the thing you need. As you’ve seen in our review, the Evolution Gonzo’s Treasure Hunt live casino game pushes boundaries in the industry. We can safely recommend this title to almost any live casino fan. It’s able to appeal to a wide range of players – from those looking for fun new forms of entertainment to those who just want massive payouts. Gonzo has both cash and fun in spades, and trying this release out is not something you’ll regret.

You can play Gonzo’s Treasure Hunt online right now on any of the best Evolution live casinos.