Nexus Roulette Live: Our Review, How and Where to Play

Nexus Roulette is a unique live online roulette game with four automatic wheels and enhanced betting options that combine all four of them. Coupled with a cinematic presentation and packed features, it’s one of the most exciting new live casino games from 2023.

The simple yet beloved game of roulette still has plenty of room for innovation – and games like Nexus Roulette exist to prove it. Our Nexus Roulette review is here to explain how the 4-wheel concept works, so let’s get right down to it. 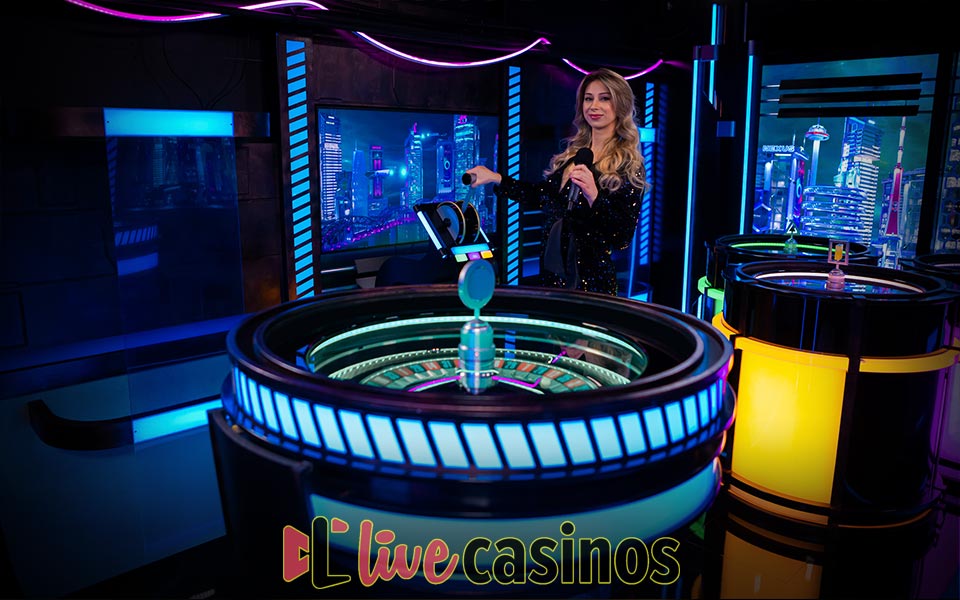 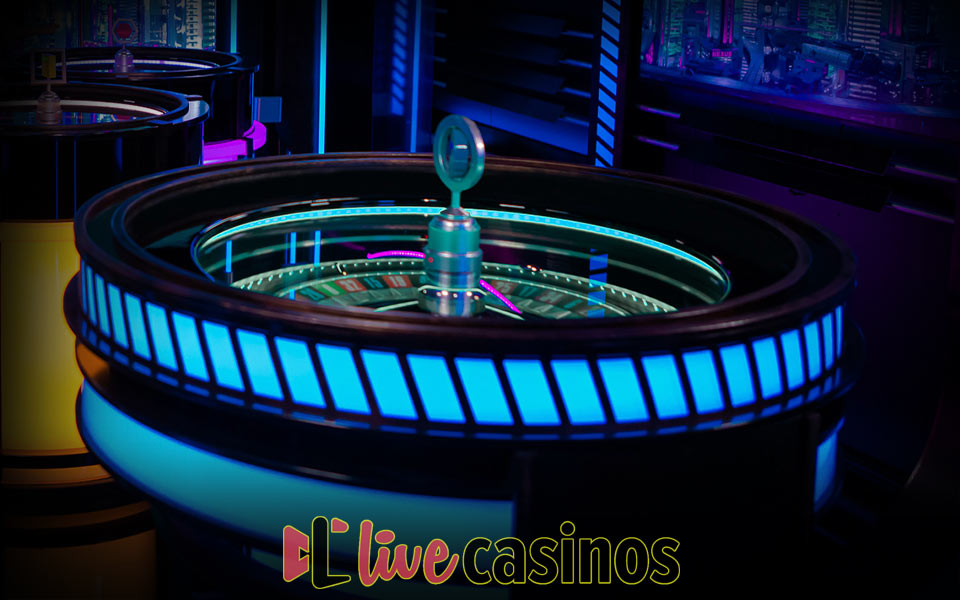 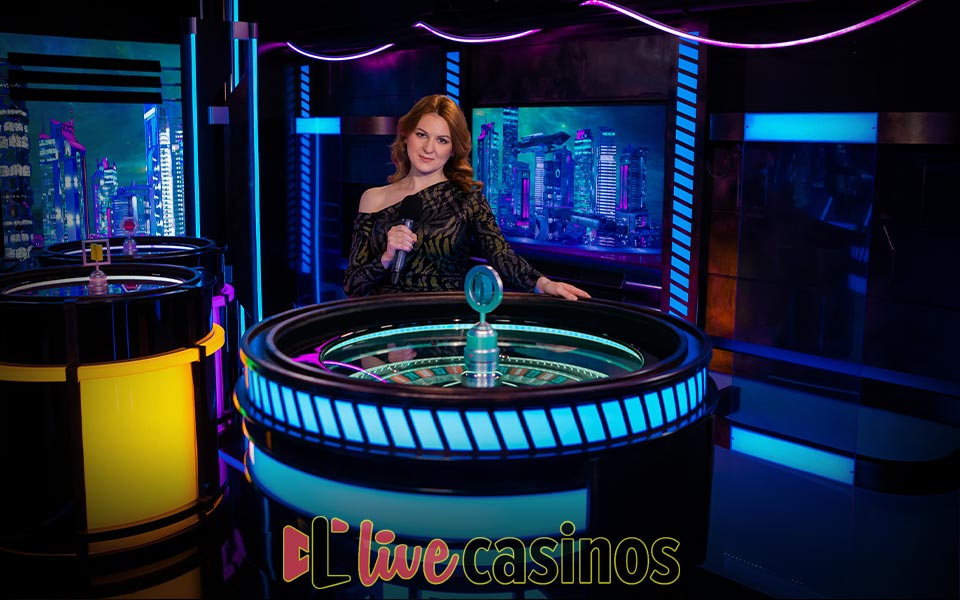 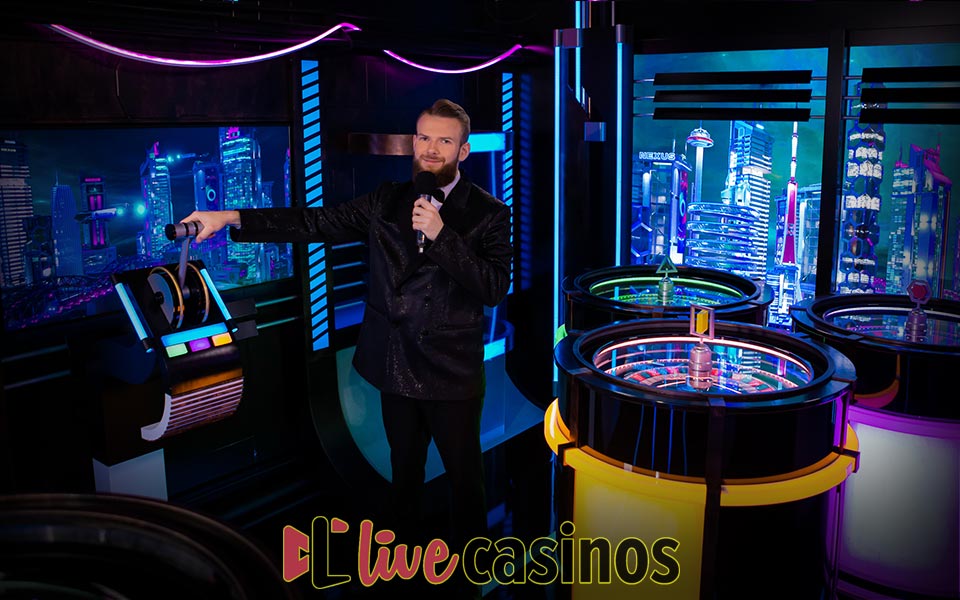 Back when it still had a live casino division, casino software giant NetEnt announced an exciting new idea called Roulette Max. It was to feature four roulette wheels and a broad range of betting options focused on combining all four into one big game. Sadly, though, NetEent was soon acquired by Evolution, and all of its live casino games went offline for good. Slots are still made under the brand, but all live dealer operations were moved to Evolution and Ezugi.

A few years have passed since, and OnAir Entertainment is reviving the idea as Nexus Roulette. As a quick recap, OnAir is the live casino division of Games Global. You may know them as Microgaming, which was the company’s name before a major rebranding.

So what is Nexus Roulette, then?

Nexus Roulette is an entertainment-style live casino roulette game that uses four European roulette wheels. Unlike standard live roulette games, the goal of the game is not merely to predict where the ball will land. Instead, you’re betting on the results of at least two wheels and other interesting combinations. We’ll cover how Nexus Roulette works in terms of gameplay below.

For now, we’ll note that the Nexus Roulette live casino game is presented from a stunning neon-colored studio. It relies on a kind of sci-fi theme to clearly distinguish itself as something quite different. Moreover, all four roulette wheels are automatic wheels. This means that the presenters aren’t spinning the actual equipment. Instead, their job is to engage the audience and make the whole thing feel almost like a game show.

Much more volatile than most other live casino games with a maximum payout of 5,000x

Quality-of-life features such as 500-round result tracking, drag & drop betting, and more

How to Play Nexus Roulette

One round of Nexus Roulette plays like most other live casino roulette games except for the unique bets. That means that you have a 15-second betting period to place bets. You can do so by dragging and dropping the chips on your desired wagers.

However, there are crucial differences in how bets in Nexus Roulette work.

You’re not just predicting where the ball will land on one single wheel. Instead, you’re predicting the outcome of all four. For example, if you want to win a bet on Black, you need at least three wheels to get a Black result. The only exceptions to this rule are Line, Corner, Street, and Split bets.

Of course, this means that the RTP and payouts in Nexus Roulette are much different from what you’re probably used to. We’ll cover that on the paytable below. For now, let’s look at how the bets themselves work.

In practice, the bets work like anywhere else. If you want to make a Straight-Up bet, you place your chips on the relevant number and hit confirm. However, results may vary greatly based on what happens to the four wheels. Let’s go through these wagering options one by one to get a clear picture.

Nexus Roulette RTP varies heavily between different types of bets. That’s mostly the result of increased volatility. This means that you will win less often, but the potential rewards are sometimes huge.

Check out the Nexus Roulette paytable below for more complete data. Familiarize yourself with it while playing – this is crucial info.

All in all, the volatility results in a generally worse RTP compared to standard European roulette. That’s just the cost of innovation – Lightning Roulette has weaker RTP than classic roulette and it’s still an amazing game, why should Nexus Roulette be any different? If you’re not a fan of that, you can just play standard OnAir Entertainment roulette instead.

On top of everything we discussed above, OnAir Nexus Roulette is equipped with a few features that can make your life a bit easier.

For example, you can combine bets and save them as favorites for easier access in the future. Up to 40 wagers can be saved this way per player.

Moreover, you can even place standard Sector Bets by switching to the racetrack view. Options include:

These special wagers only target the main wheel, which is something to keep in mind.

Moreover, you can access statistical data for the past 500 rounds in the lower right corner. The stats track hot and cold numbers as well as the statistical probability for every type of bet in Nexus Roulette.

There is absolutely no denying that there is a huge audience out there for the whole idea of ‘roulette with a twist’. The massive success of games like Lightning Roulette and Quantum Roulette is proof of that. However, even in the innovative world of live casino game shows, Nexus Roulette has something completely unique to offer.

The four-wheel structure is simply fun and exciting. If you like chasing after the ‘big score’ and one massive payout, this is definitely the game for you. No other live casino roulette product out there even comes close.

Of course, this volatility comes at the price of decreased RTP across the board. Not everyone will be a fan of that fact, but Nexus Roulette by OnAir Entertainment still has plenty of enjoyment to offer. For instance, the presentation is flashy and of excellent quality, so the spectacle matches the gameplay.

All in all, OnAir has proven its potential once again, and we can’t wait to see what else they have in store.

What is Nexus Roulette?

Nexus Roulette is a unique live casino roulette game played using four European roulette wheels. Players predict the outcome of all four wheels in hopes of winning rewards up to 5,000x their stake.

What is the maximum payout in Nexus Roulette?

The maximum payout is 5,000x your stake. To win it, you need to make a Straight Up bet on a single number and have all four wheels hit that number.

What is the RTP of Nexus Roulette?

The RTP in this game varies greatly between different betting options. The highest RTP is for Line, Split, and Street bets at 97.30%.

How do i bet on Nexus Roulette?

Select the chip you want to use as a stake and drag it over to the desired bet. Be careful to read how every type of bet works - you can find the details in our Nexus Roulette guide above.

Up to €300 in Bonus with 100% Live Casino Wagering Contribution