Majority Rules Speed Blackjack: Our Review, How and Where to Play 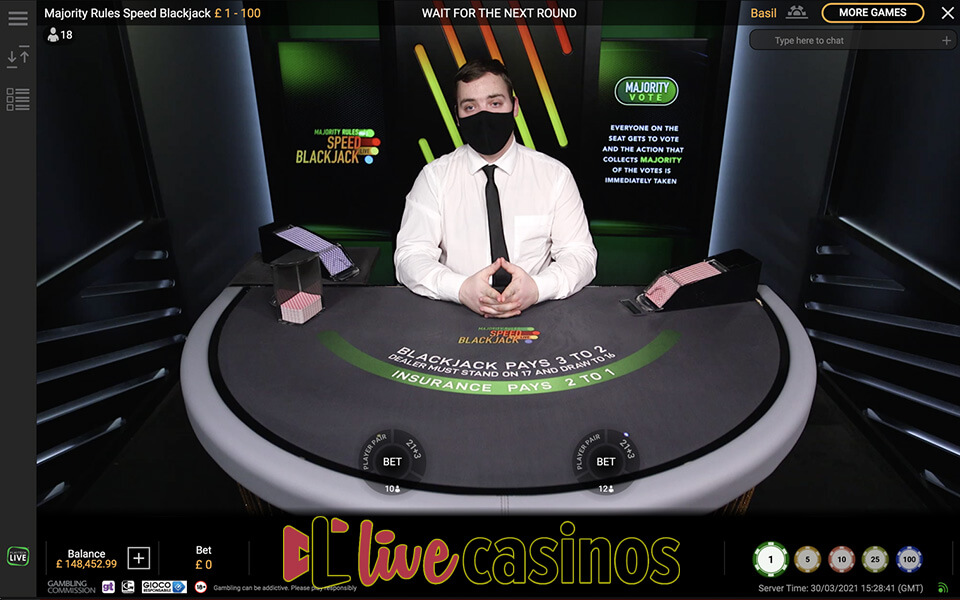 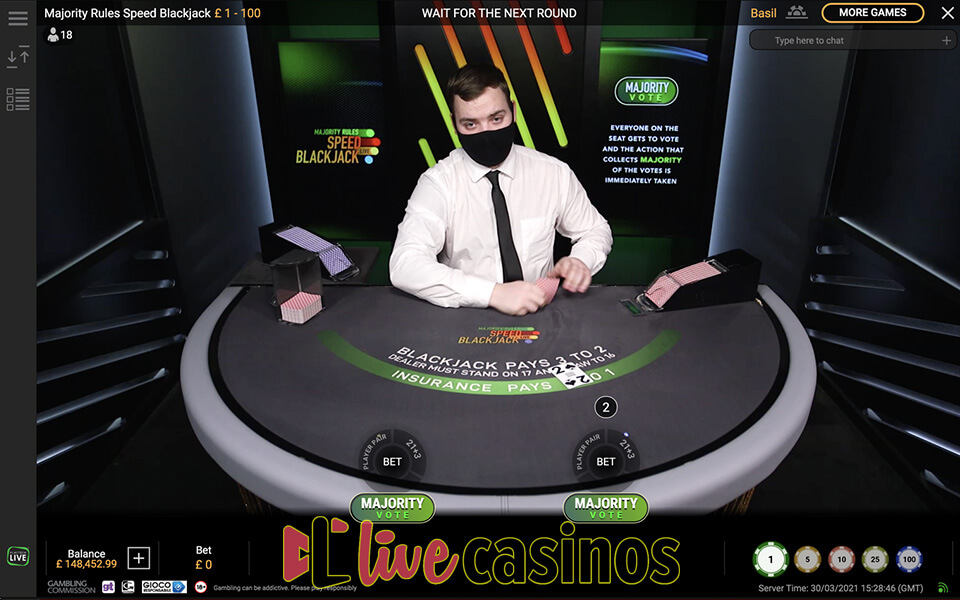 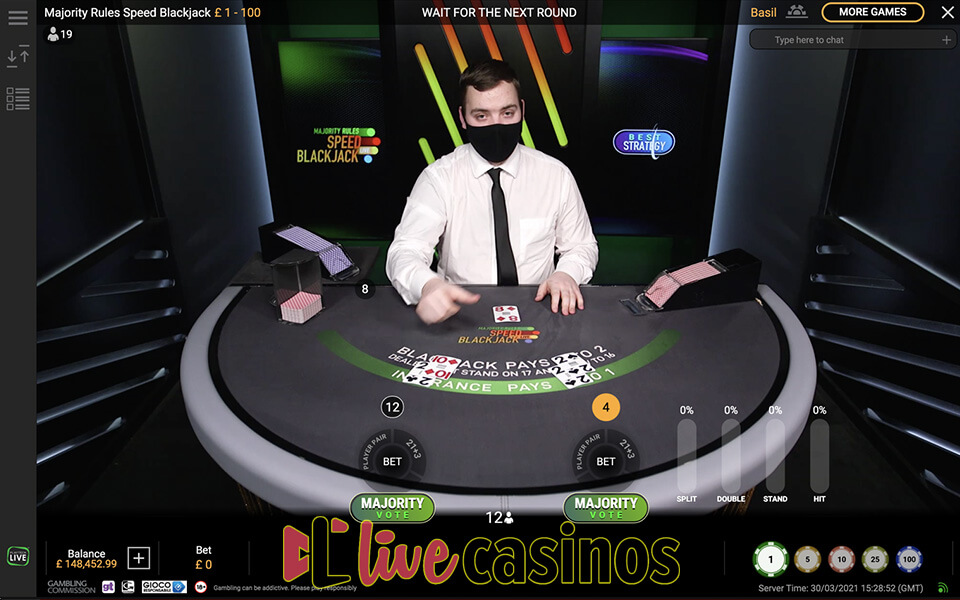 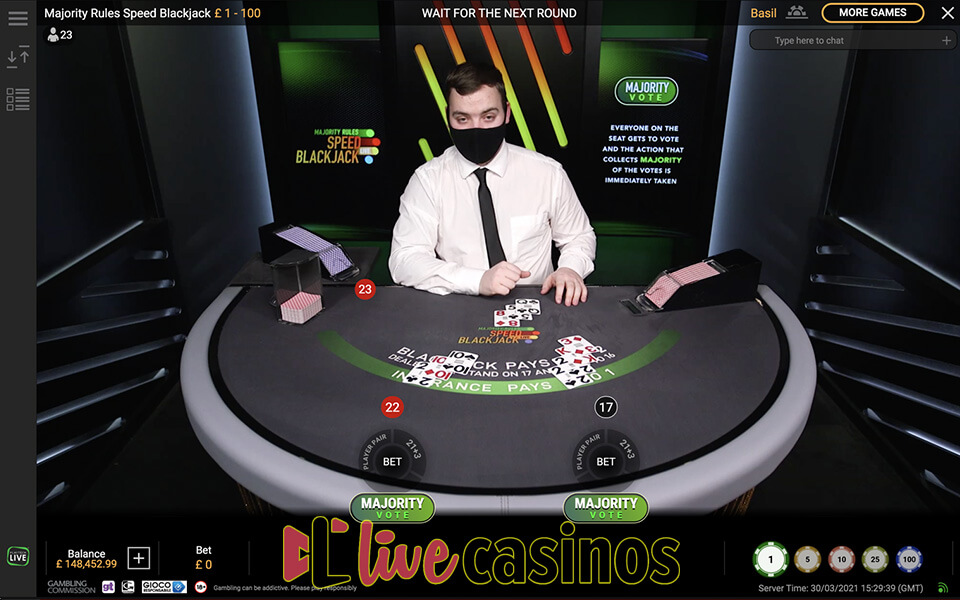 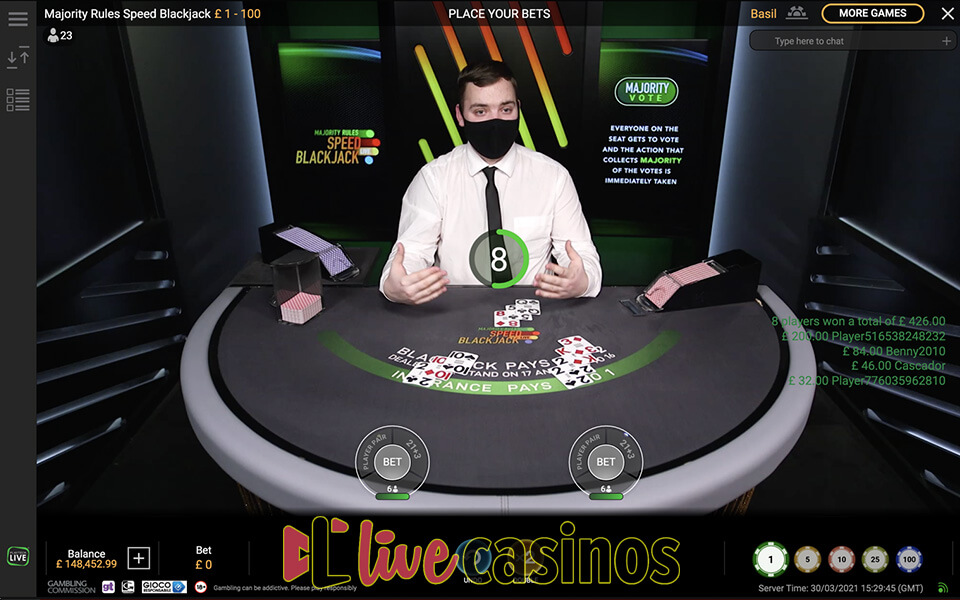 Playtech has been working hard lately on developing fresh approaches to the game of blackjack. It is one of the most popular cards games, after all, and one in which the British software and services supplier has had a lot of success in the past.

The brand’s latest release is called Majority Rules Speed Blackjack, but you can also call it Best Strategy Blackjack, depending on the dominant game mode. The game was developed in collaboration with GVC and was exclusively launched for PokerStars, getting its network-wide release in July 2020.

By the looks of it, Playtech developers have found a new way of playing blackjack online with live dealers while maintaining some of the standard tropes of the game such as European blackjack rules and multiple-deck play. The main idea behind Majority Rules Speed Blackjack is community play, so the game is introducing a new way of betting via democracy. If the conditions for this game mode aren’t met – if there are not enough players for Majority Rules to be played – the game will not stop. It will merely switch to guided play where users follow the basic blackjack strategy.

Two side bet options – Pairs and 21+3, with Insurance also offered

Experience-led game play is in focus, with a real community feel

Majority Rules Speed Blackjack is a visually nice-looking game that appeals to players who enjoy unlimited blackjack games but often feel like the decisions of other participants affect their hands too much. Here, the majority decides, so in most cases, you ought to receive the optimal results.

It may not be the best option for beginners do to its super-fast gameplay, but experienced players will find it refreshing and attractive.