First Person Football Studio: Our Review, How and Where to Play 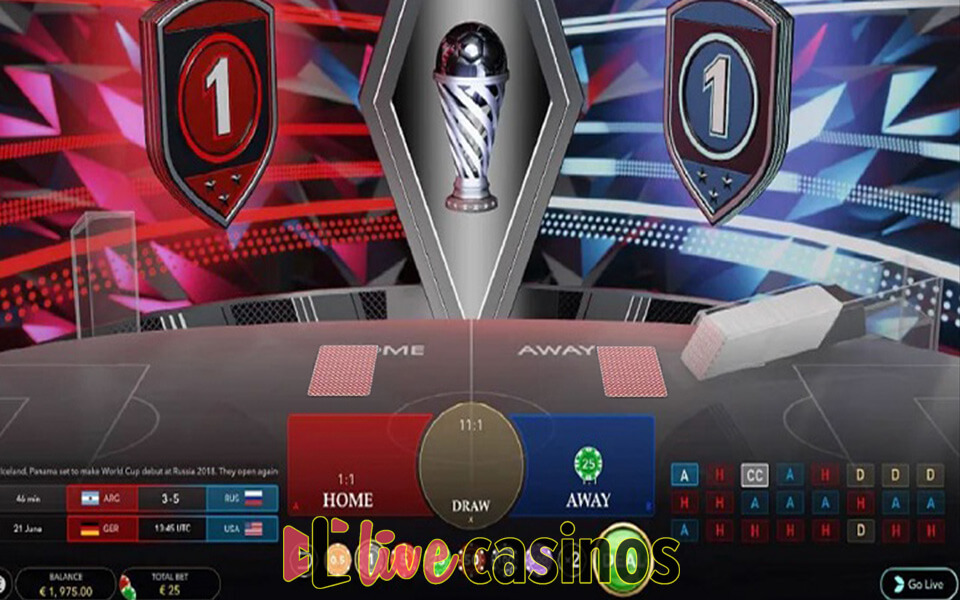 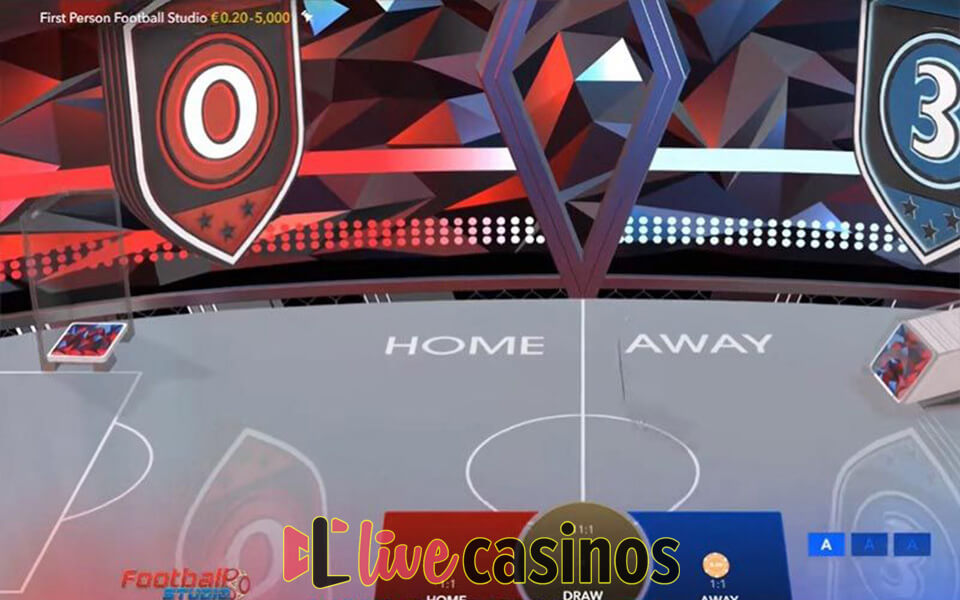 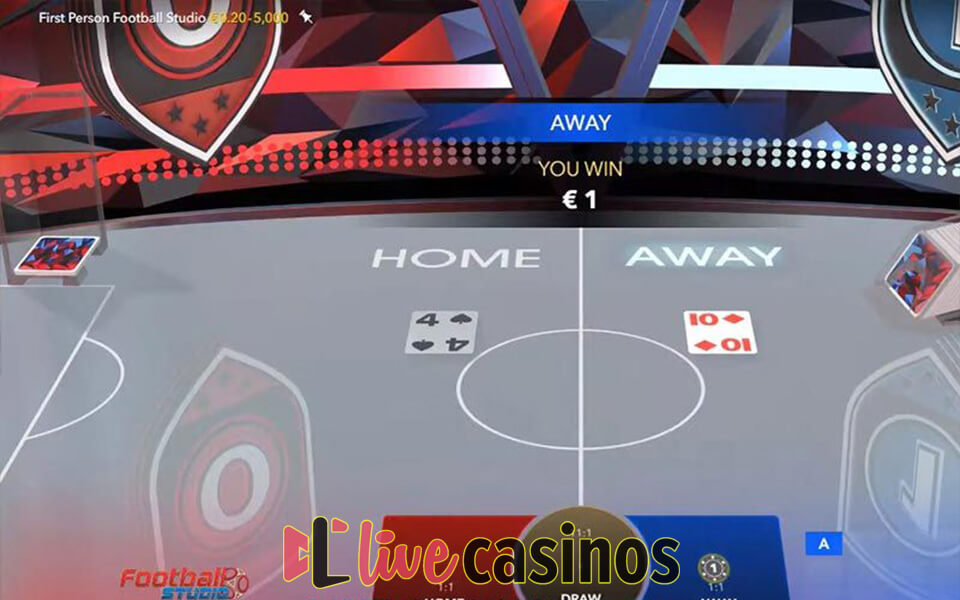 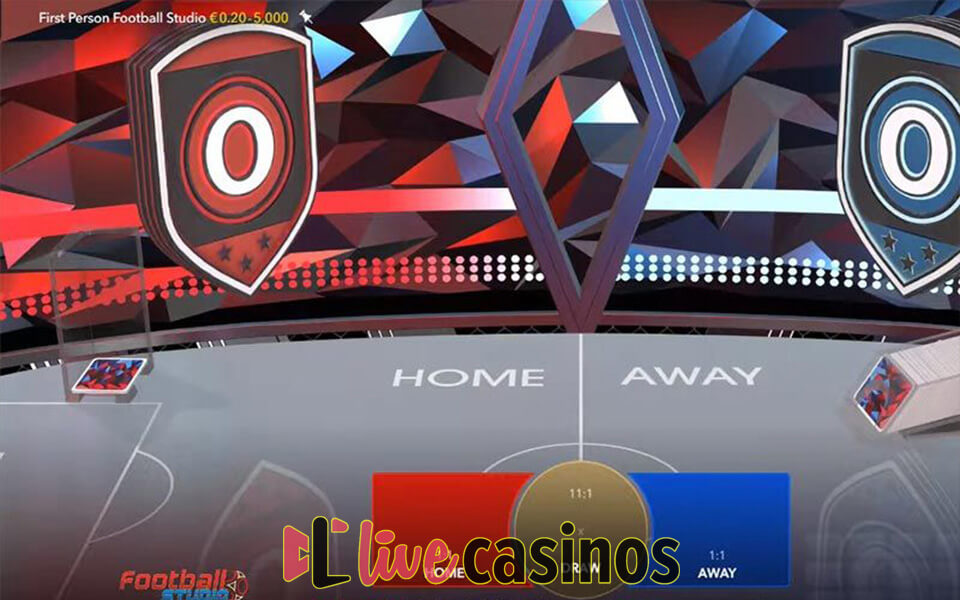 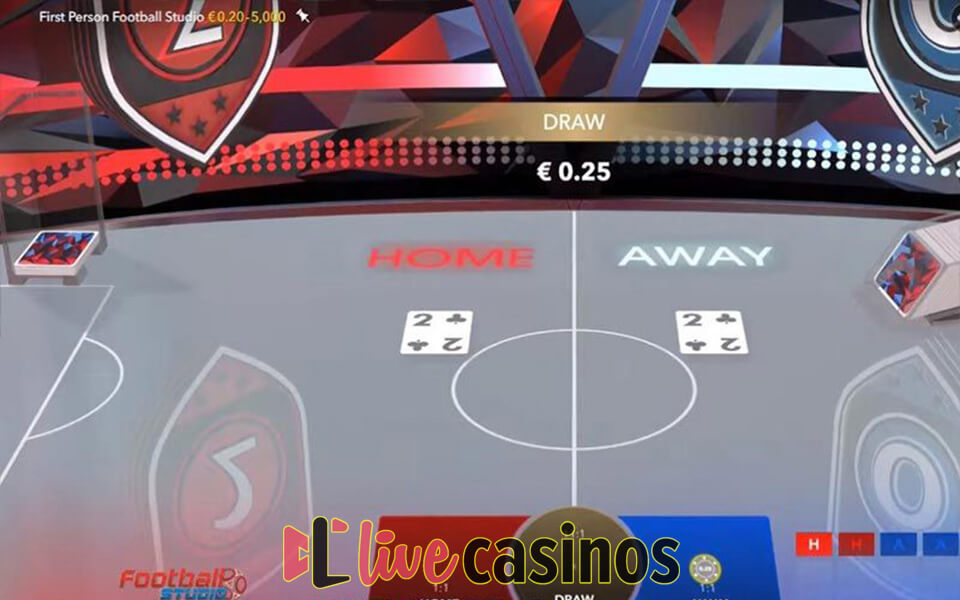 First Person Football Studio is Evolution’s RNG-based take on their popular live Football Studio game. Now, Football Studio is a bit of an odd game by most live casino standards. At heart, it’s a typical game of baccarat. In fact, it’s much simpler than what most live baccarat games decide to go for. It features no side bets or other extras to shake things up.

This might sound boring, but Football Studio by Evolution is a release more concerned with style than substance. We’re not trying to tear it down, mind you – it’s proven to be successful and quite popular. However, most fans of the original live dealer game aren’t there because it’s better than, say, Evolution’s other baccarat games.  As the name might imply, Football Studio is a unique blend of online card games and sports commentary. The studio is modelled with the world’s most important unimportant thing in mind, and the presenters offer live commentary.

This might seem like a niche product for fans of sports betting, but consider the following. Evolution boasts 5 different variations of Baccarat in its portfolio. Besides the basic one, the Football Studio casino game was the only one to be transferred into a First Person game. No matter how you look at it, there’s quite a demand out there.

Although, the appeal of Evolution Football Studio does bring up some concerns. First of all, the live football commentary offered by presenters was an important factor. Though the First Person Football Studio game features live updates from the world’s top football leagues, it’s already missing part of the original’s charm. That said, the integrated “Go Live” button allows you to switch to the live version of the game at any time.

Statistics and information are available on previous rounds.

“GO LIVE” button that instantly sends you to the live version of the game.

Settings that allow you to affect game speed and graphics quality.

Unique on the live casino market.

While this is an overall well-crafted title, it suffers from the same issues other Evolution First Person games do. Namely, its advantages over the live version are not very convincing. While it can be handy for those that play faster, much of the charm and originality of Football Studio has been lost.

What you’re left with is fairly barebones. Still, if you would enjoy a one-card baccarat game, there’s not much competition out there.