First Person Lightning Roulette: Our Review, How and Where to Play 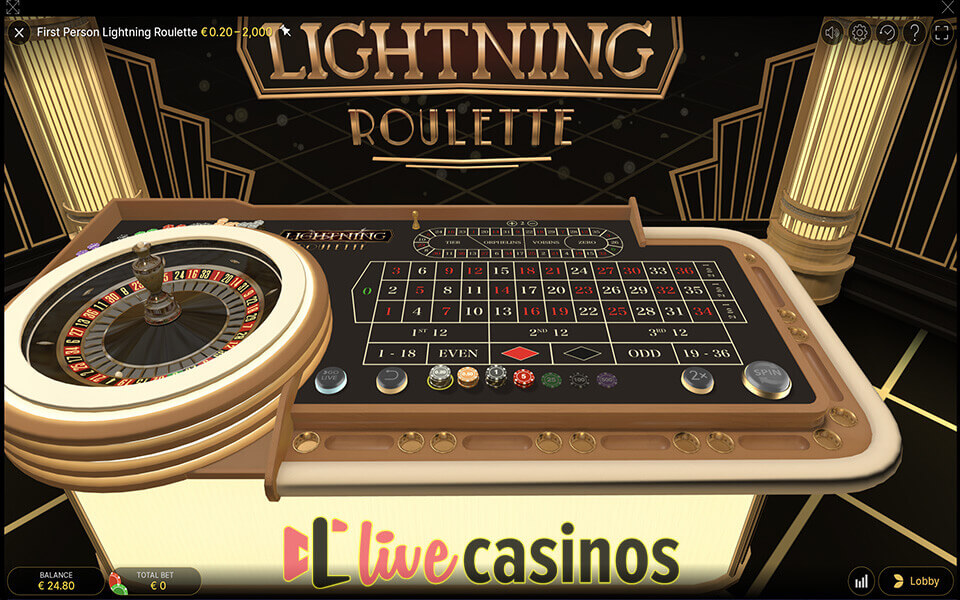 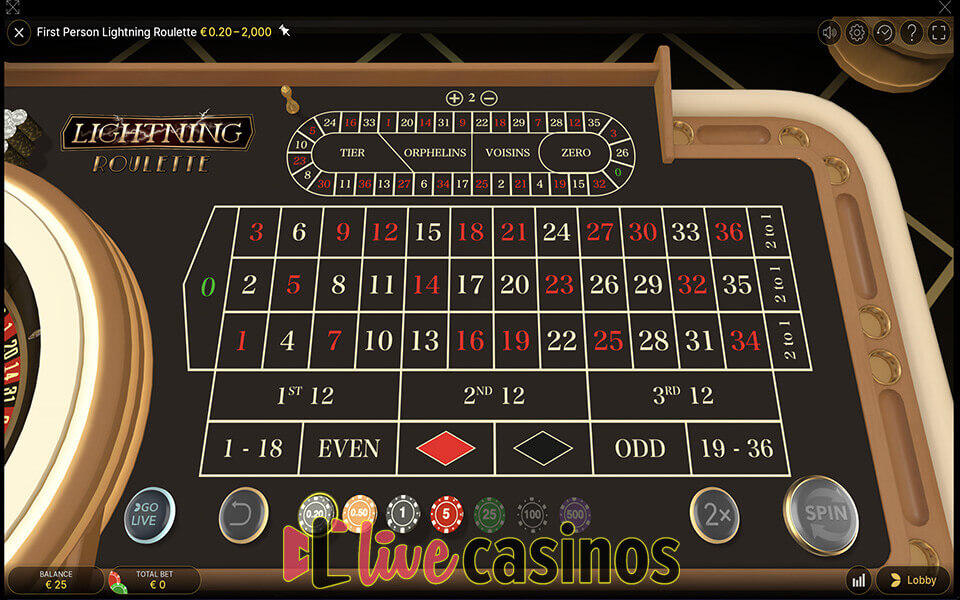 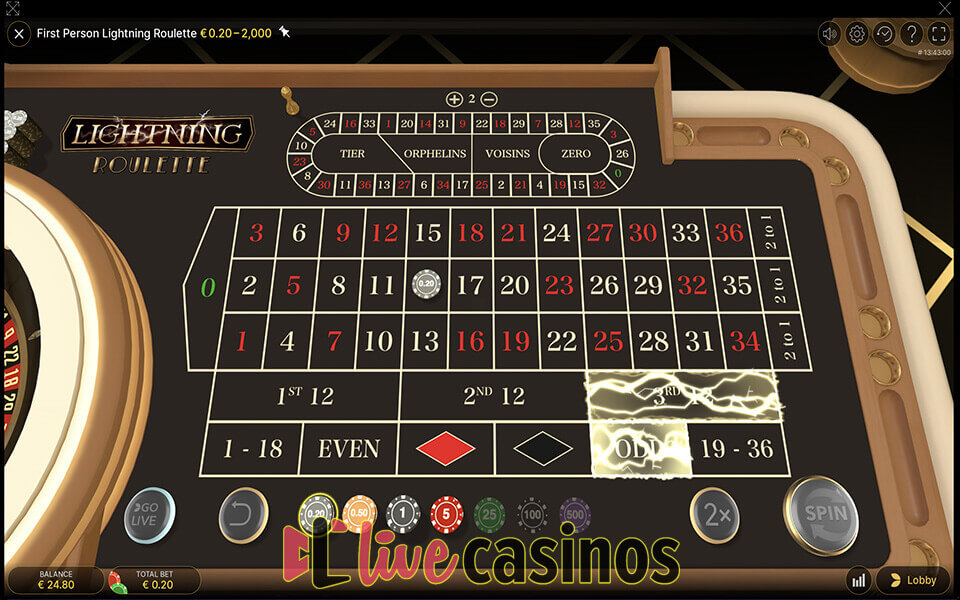 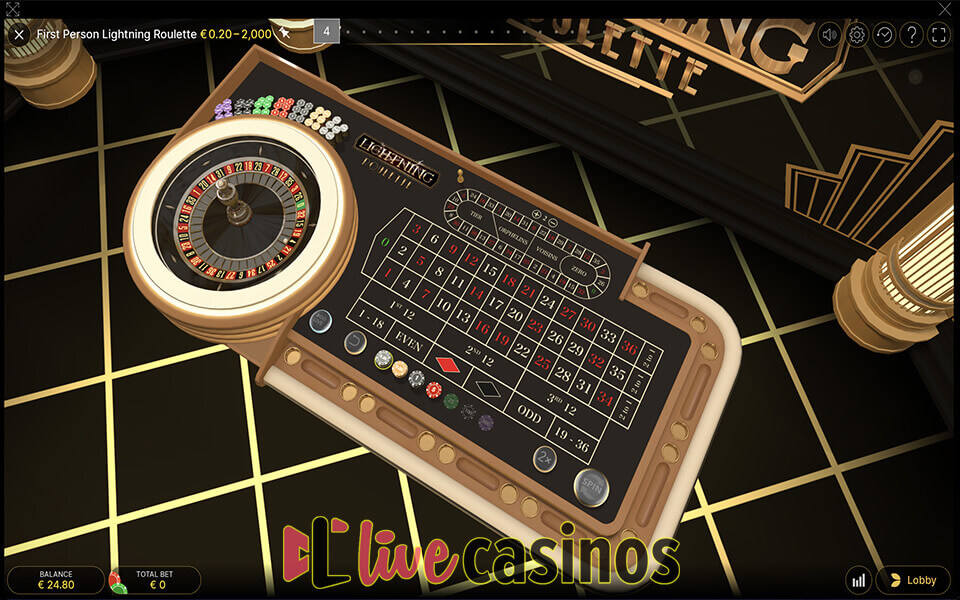 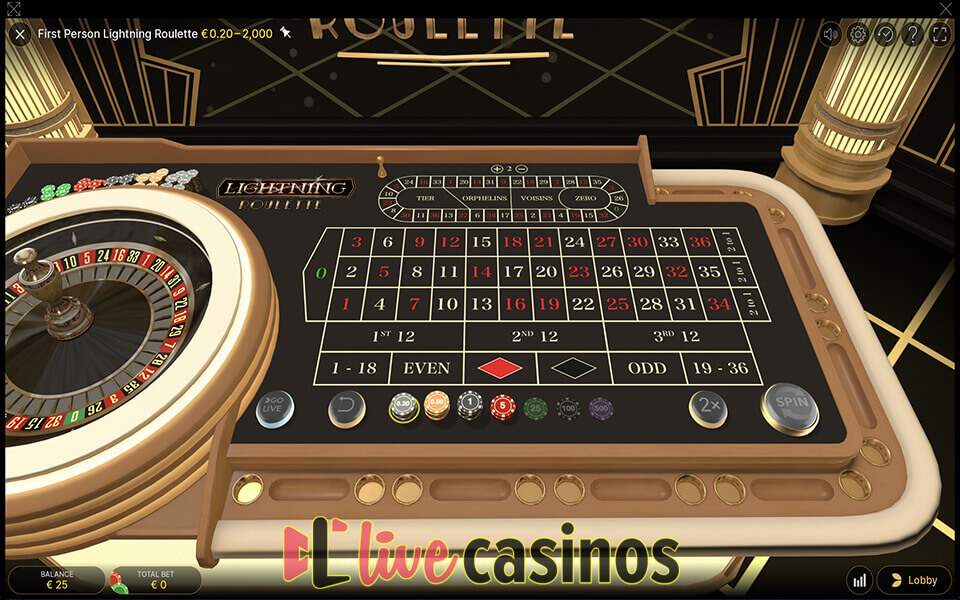 Unlike conventional live tables, Evolution Gaming’s First Person editions introduce a new live gaming concept, which allows the players to shift back and forward between RNG casino game and an actual live table that’s waiting for you on the “other end”.

Bet multiplier that can increase the payout by 50x - 500x

A unique interface that combines RNG and Live Dealer software

Option to enable/disable auto zoom-in during the spins

The game flow of live dealer tables may not be suitable for some players, as not all will respond well to lively sessions, especially the gamblers who prefer to be focused on the strategy and betting patterns. This is where First Person Lightning Roulette comes in, giving you the best of both worlds – the dynamics of live tables and the comfort of RNG roulette games. The multipliers are the added value, but the downside is that they will only be applied to Straight Up bets.