Live Bullfight: Our Review, How and Where to Play 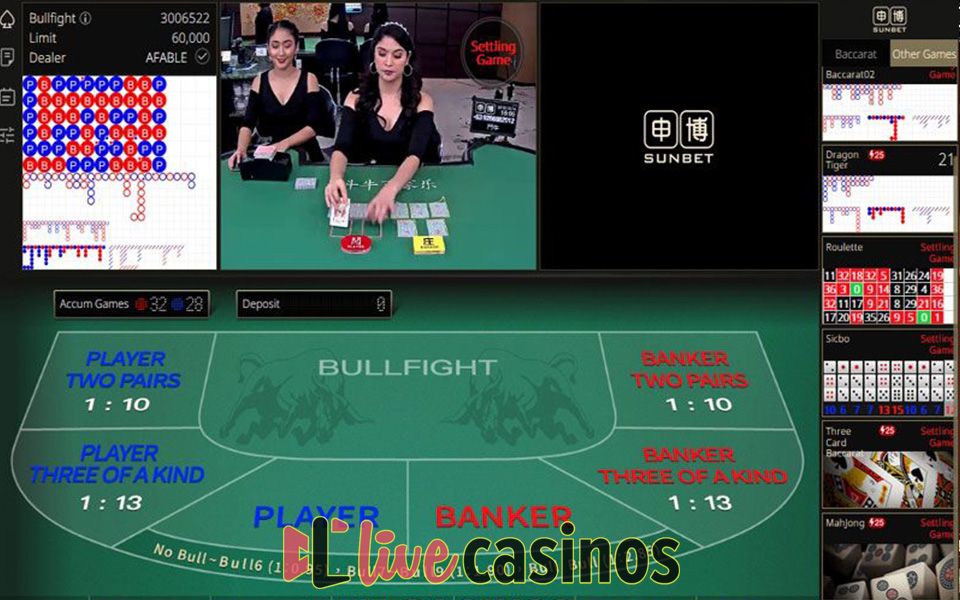 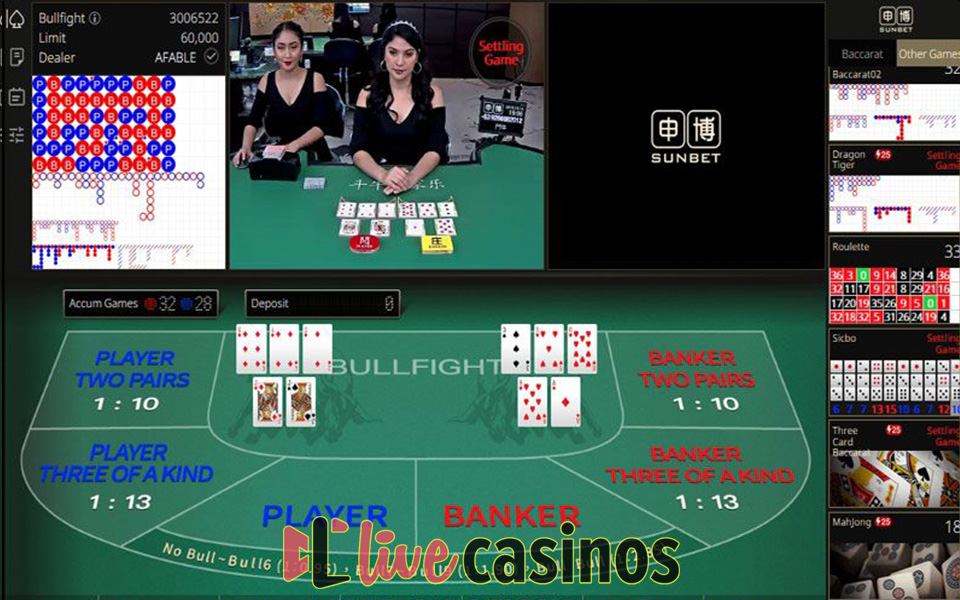 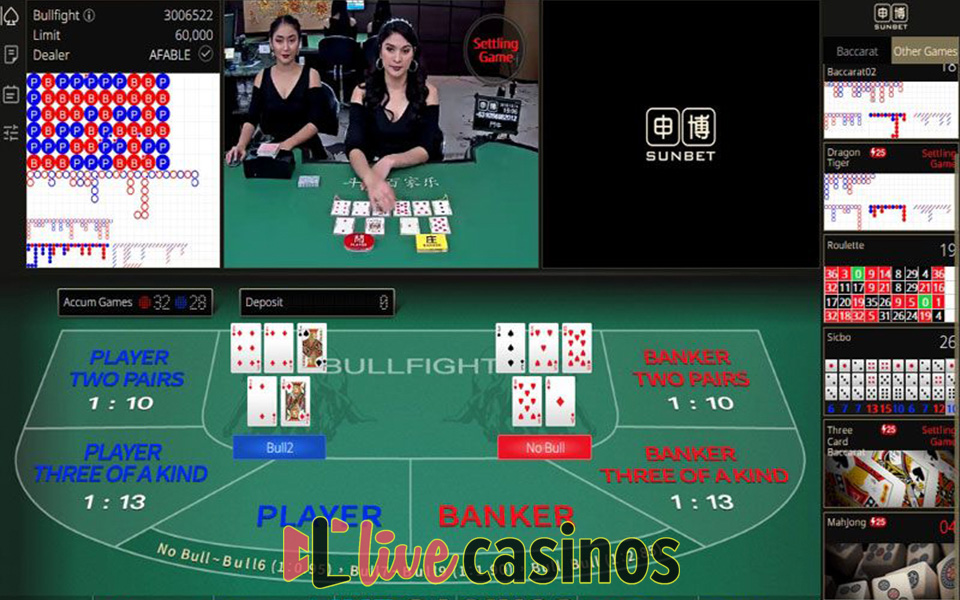 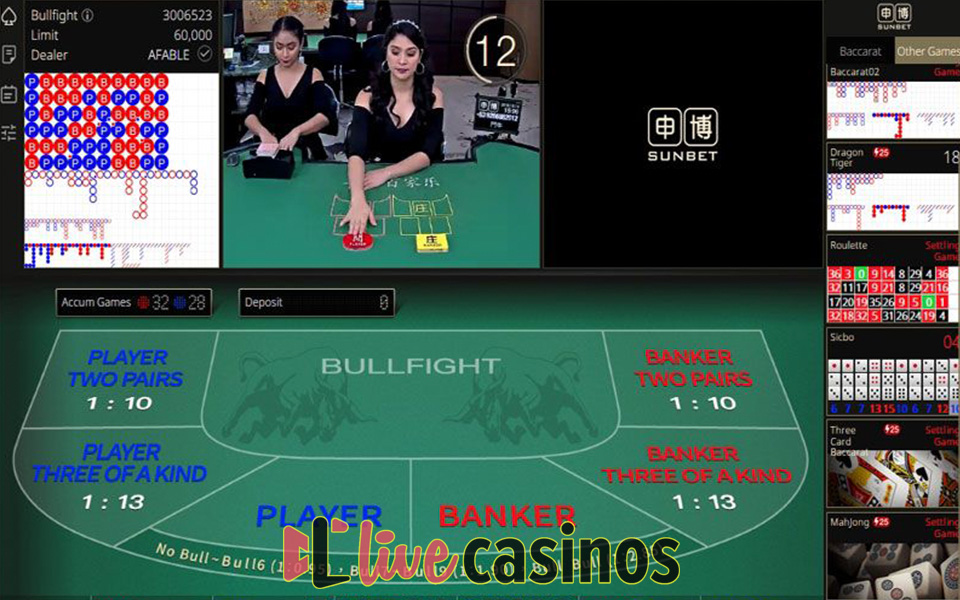 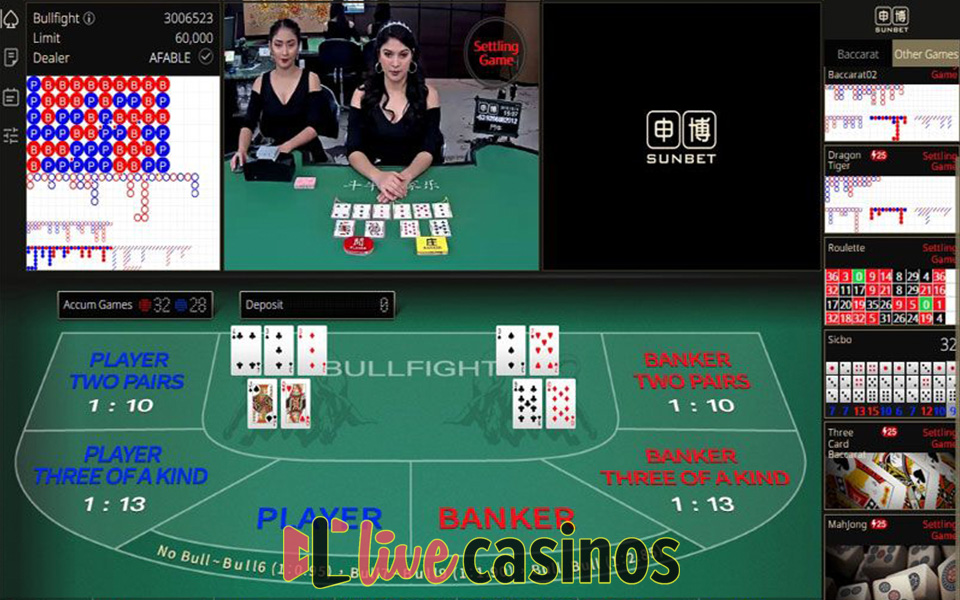 Bullfight is an intriguing card game mostly popular in China and Southeast Asia. There are several live dealer versions of it on the market; some are provided by the likes of Asia Gaming and BBin. On this occasion, we’ll be presenting a version made by Sunbet, a Philippine-based developer of live dealer games known to focus primarily on the Asian audience. That being said, it comes as no surprise that they’ve chosen to adapt such a popular and authentic Asian game as Bullfight to a live dealer model. Also known as Niu Niu, or Bull Bull, or Chinese Bullfighting Poker even, the game of Bullfight offers thrills of both baccarat and poker, elevating them to a more advanced level that makes the game more interesting without making it difficult to understand and learn.

Live Bullfight by Sunbet is a well-executed game live dealer game with a stable live feed flow. It features two hostesses/dealers and the studio setting looks quite nice. However, the video occupies a small portion of the screen, whereas a digital table is large and the remaining areas of the screen are filled with stats and other surrounding functions.

Two lovely Asian dealers on screen instead of one

Two options for video quality to choose from

Exciting card game, a type of poker with an Asian feel to it

One can always consult the statistics and keep up with trends

Our Verdict of Live Bullfight

When people think of card games these are usually blackjack or poker. Live Bullfight is something completely different, although it can be said to have some similarities with poker and baccarat. Still, it provides original gameplay which comes with the right technological support. Sunbet offers a decent variant of this traditional game of chance and it is surely recommendable to fans of realistic table action.