Live Mahjong: Our Review, How and Where to Play 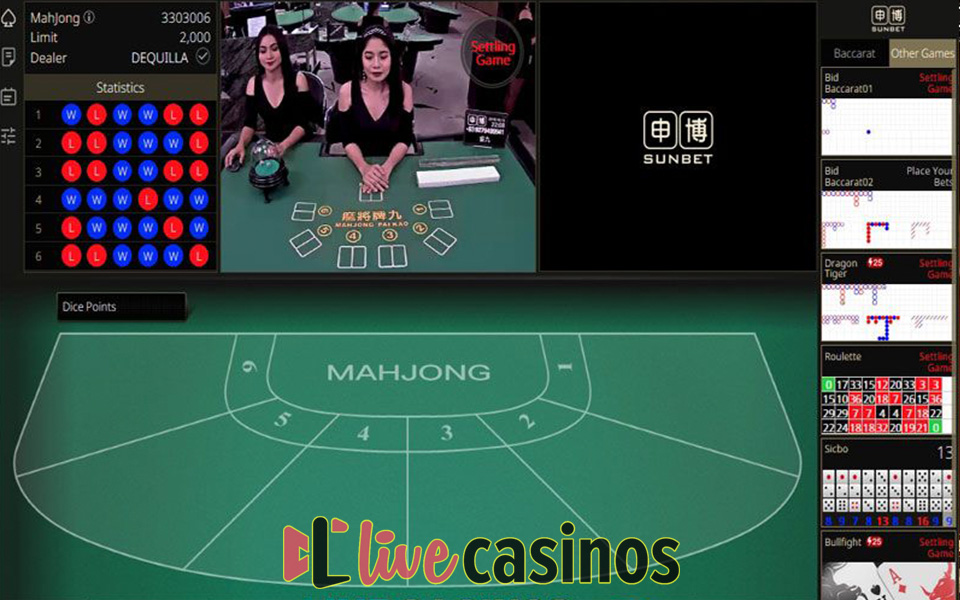 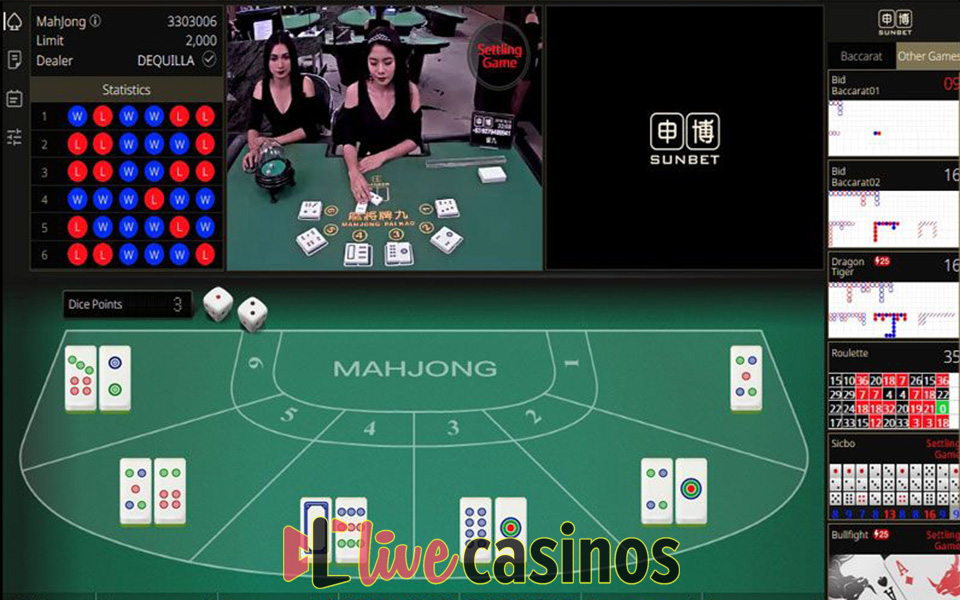 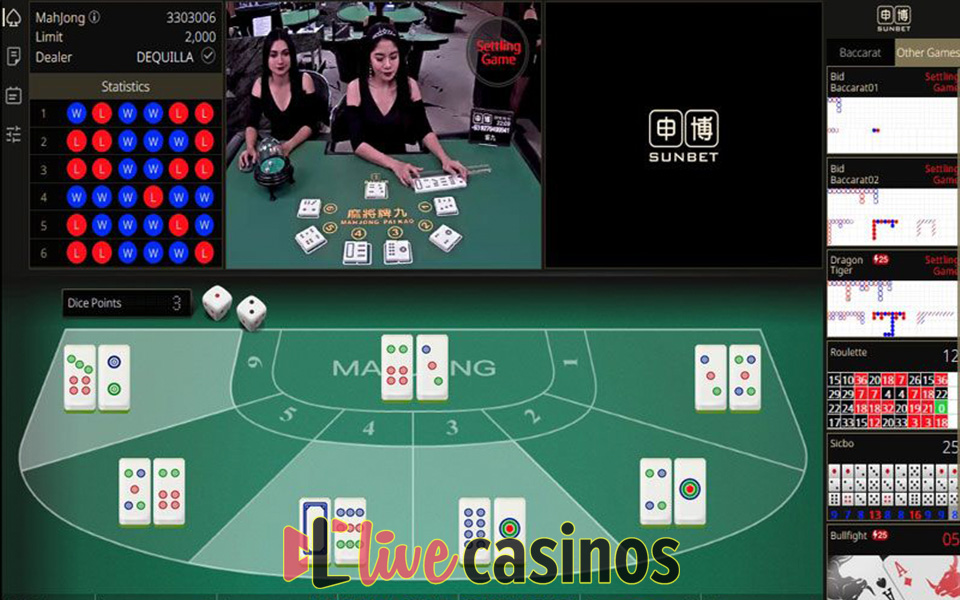 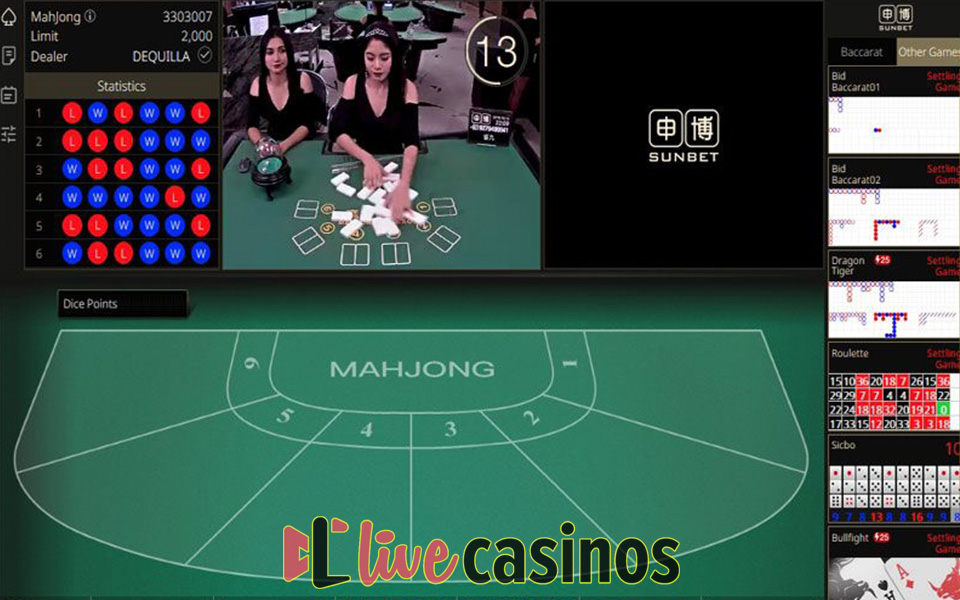 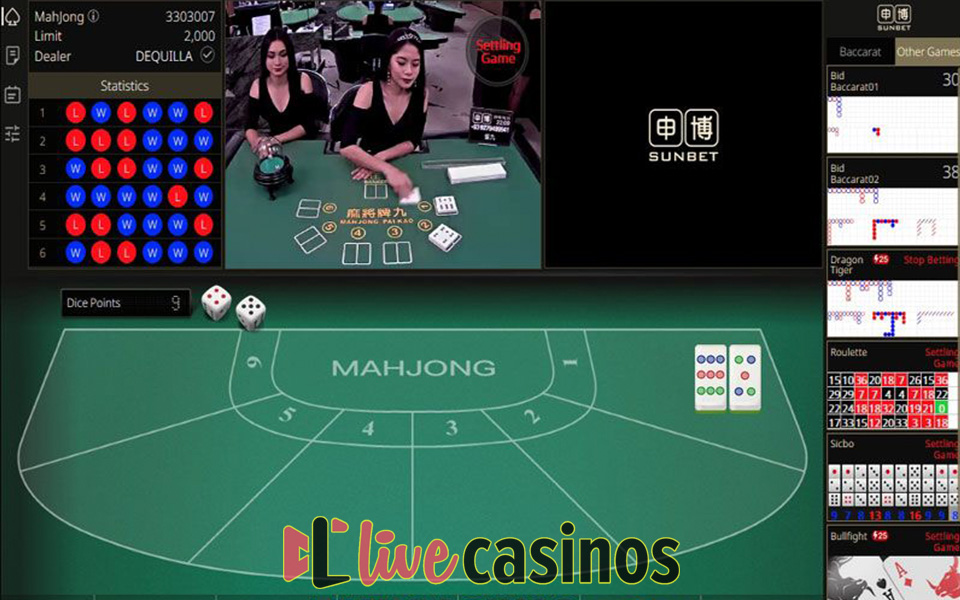 Unlike games such as Teen Patti or Andar Bahar that are barely known outside Asia and are getting some recognition as of recently, the game of Mahjong has been spread throughout the world since the early 20th century. Instead of cards, Mahjong uses tiles and represents a sort of a mind sport, a strategy game that keeps you busy. Traditional Mahjong was developed in China during the Qing dynasty. Today, we have several variants of Live Mahjong and on this occasion we’ll be addressing the game offered by Sunbet, one of the lesser known Philippine-based live casino suppliers.

Whereas the original game is played with a total of 144 tiles, Sunbet’s Live Mahjong uses a set of 20 pieces. They are named “White Tile”, “Nine Stones”, “Eight Stones”, “Seven Stones”, “Six Stones”, “Five Stones”, “Four Stones”, “Three Stones”, “Two Stones” and “One Stone”, and the game includes two of each. The game benefits from two hosts, one distributes the tiles, while the other operates a dice shaker.

Payout odds are 1:0.95 for each of the six table seats

Players can choose between 720p and 480p video quality

Two Asian dealers for the price of one

Our Verdict of Live Mahjong

Live Mahjong is a unique gambling game, one that accomplishes delicate balance among skill, strategy and the element of chance. The story of the incredible game of tiles began in the mid-1800s China and paragraphs are being added to it even today. Sunbet join barely a few online casino developers which have dared to offer their versions of Mahjong for the live dealer audience. If you want something other than cards, but with the same excitement, this is a good place to start. Dafabet’s Jade Club is offering Sunbet Live Mahjong around the clock.