What Are the Best Live Sic Bo Games Out There?

Sic Bo is a game most of us may not be very familiar with. It has its roots in ancient China, played with three dice. The goal of the game is to predict the result of the dice roll correctly. This does not just mean getting the total right. You can also try to guess what number will appear or if a specific double or triple pair will land.

Given its roots, it will not surprise players to learn Sic Bo has remained quite popular in Asia. It is widely played in Macau’s casinos and has a following in the Philippines. It also has a presence in US casinos. Chinese immigrants coming to the United States brought the game over, and it can now be seen in many casinos. Nowhere near as popular as blackjack or poker, but more widespread than we expected.

While it can seem intimidating at first, the game is simple once you get the hang of it. That simplicity has made it a popular pick for punters. Something many online casinos and software providers took note of! You will find quite a few versions of Sic Bo floating around the internet. In this article, we will go through some of the best live casino Sic Bo games currently on the market.

Evolution Gaming has always been fond of trying new and different things. It is no surprise, given their success with innovative games like Mega Ball. When it came time to make their own Sic Bo release, the developers did not want the same old experience. Instead, they came together to figure out how they can spice things up. Their answer was sweet and simple: multipliers!

The gameplay remains fundamentally unchanged from the standard Sic Bo we all know and love. However, every round will have some random positions on the betting board increased by multipliers.

These boost the payouts in that field. How much a wager can be improved depends on the bet itself. If you are willing to risk it with a Triple bet, you could win up to 999:1 in one round! Definitely worth checking out for that insane winning potential alone.

If you are looking for something that sticks to the original rules more, Live Sic Bo is a good choice. Microgaming’s efforts were less about boosting payouts. Instead, the developer worked to make the whole thing as easily presentable as possible. It certainly has its advantages. You can see the frequency of certain wins, as well as a brief recap of previous rounds.

One thing we were not all that thrilled by was the fact the user interface takes up almost the entire screen. The dealer and dice spinning are squeezed in a small box above the betting board. It is not a major complaint, but it does limit your enjoyment. Especially when nearly every other release makes it work without minimizing the dealer. Not a bad pick, but it could be improved.

While Evolution Gaming is leading the back, Playtech is right on its heels. The developer is always working on ways to compete with their biggest live casino rival. This software provider frequently explores casino games with multipliers, live slots and other fun ideas.

Sic Bo Deluxe is their response to Evolution’s Super Sic Bo. If you played that title before, you will know what to expect here. Up to six positions on the betting board can be boosted using multipliers. Initial payouts are lower than original Sic Bo, but can be boosted up to 999:1 for specific bets! Combined with an interesting table design in the shape of a lotus flower, there are plenty of reasons to try this Playtech release.

Big wins and live casino Sic Bo seem to go hand in hand. Pragmatic Play is also joining in on the multiplier action with Mega Sic Bo. Their release is done quite well. Slightly surprising, given that Pragmatic is still relatively new to the live casino market. Mega Sic Bo has 52 betting positions, and 48 of them can be increased via the multiplier. The largest win you can score is worth 999:1.

Similarly to Microgaming’s release, this game gives you the ability to see statistics for previous rounds. This allows you to see if one number is performing better than average! Pragmatic Play also promised up to 4k video quality. If you enjoy Sic Bo games with multipliers, this one is a definite must play!

It should come as no surprise that Asian developers have their own versions of live casino Sic Bo. After all, the game is from there, and it remains incredibly popular in its brick and mortar casinos. Bbin’s Sic Bo is fantastic when it comes to providing you with information. The betting table is large and easy to use.

The software provider went the extra mile to make the place where you place your bets look like an actual table. The small screen showing the dealer and the machine is a little more justified in this example. Bbin’s Sic Bo is played from the Philippines, so the dealers are Asian. We doubt this will be a deal-breaker for anyone, but it is a nice extra detail that lets you be fully immersed.

Recently, Vivo Gaming has been making waves. Among other things, it plans to expand into the Asian market. If so, their Sic Bo game will certainly draw in crowds! The developers spent a lot of time bringing this release to life, and it shows. The stream quality is fantastic! It is one of the better ones on this list. The fact it adjusts to your internet speed automatically is also a big plus.

For standard Sic Bo gameplay, it stands out as one of our favourites. Despite that, we imagine most software providers may opt for a Sic Bo title with multipliers. Vivo Gaming’s version simply lacks something that will make players stick around in the long term.

One of our chief complaints about standard Sic Bo is the baffling decision to minimize the dealer. While we understand why developers do it, it does not make us wish someone did it differently. SA Gaming seems to have been listening in because that is exactly what they did. Despite the name, there are no gameplay changes in Sic Bo Shanghai. You will be able to leverage your existing game knowledge into this title without issues.

Not only does the layout look good, but it also keeps us informed about the results of previous rounds. If there are any hot numbers performing above average, you will be able to see them through the results. For punters looking to chase after trends, this is incredibly useful information. SA Gaming is also based in the Philippines, so players will see Asian dealers when playing.

Honestly, any of these games are great enough to be worth your time. We have played all of them at some point or another and had a blast doing so. Some titles will offer you big payouts and slightly adjusted gameplay. Others rely on Sic Bo’s traditional appeal while providing you with lots of info. We wholeheartedly recommend every title from this list. Do yourselves a favour, and check them out when you have the chance. 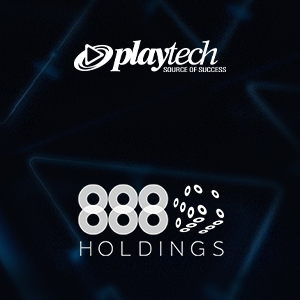